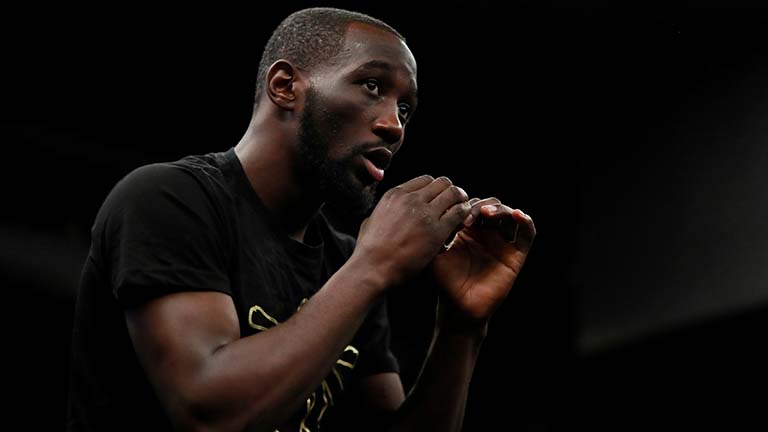 Terence Crawford's promoter says he would have his way with Conor McGregor in an MMA fight, and Alejandra Jimenez says it is impossible she took PEDs

LEGENDARY promoter Bob Arum knows a great deal about boxing and about promoting in boxing but will be the first to admit he is less familiar with the world of mixed martial arts.

This has been made clear over the years – basically, whenever he has been asked to comment on the sport – and was reaffirmed recently when he claimed Terence Crawford, the WBO welterweight champion, could ‘pin’ former UFC champion Conor McGregor in a mixed martial arts fight.

If the prediction of a Crawford victory wasn’t suspect enough, the method of victory serves to undermine all.

Arum said: “It’s not fair to the UFC and to Conor McGregor to say, ‘Let him fight this fighter, that fighter, but only in boxing.’

“Terence Crawford will do McGregor in the Octagon and then three months later in the boxing ring.

“The Octagon would be first because I don’t want them to think we’re playing around.

“Terence Crawford is a really tough dude who has a wrestling background.

“Crawford would not be lost in the Octagon. He is, I think, a world-class wrestler, so let’s see.

“I wouldn’t be surprised if Crawford pins McGregor in an MMA fight.

“I think Crawford’s a better wrestler than McGregor.”

There is a marked difference, however, between being a world-class wrestler and merely having a wrestling background. There is also a lot more to mixed martial arts than good wrestling. Suffice to say, Arum and any other ‘Bud’ believers would probably come to realise this should he set foot inside the Octagon.

Alejandra Jimenez, the WBC and WBO women’s super-middleweight champion who is no stranger to controversy, now finds herself at the centre of a performance-enhancing drug storm.

According to a report issued by the Voluntary Anti-Doping Association (VADA), an A-sample collected from Jimenez on January 10 gave an adverse finding for banned steroid stanozolol, and an investigation is now underway.

“In the WBC, the fight against doping has no limits, but justice is somewhat parallel,” said WBC president Mauricio Sulaiman. “The athlete must be given the opportunity to prove his case and a thorough investigation is made. Each case is different, we are with justice and maintain (the state of affairs) until the whole procedure of the case is done.”

Jimenez won a 10-round split decision over Franchon Crews Dezurn to capture the WBC and WBO super middleweight titles on January 11. Her next fight, however, rather than a title defence, will be to simply clear her name.

“And if that’s the case, it would have also been positive on January 11, which was only a 12-hour difference from taking the test. So it is impossible that the substance can be erased from an individual in such a short amount of time. It goes against chemistry. It is something that is impossible.”