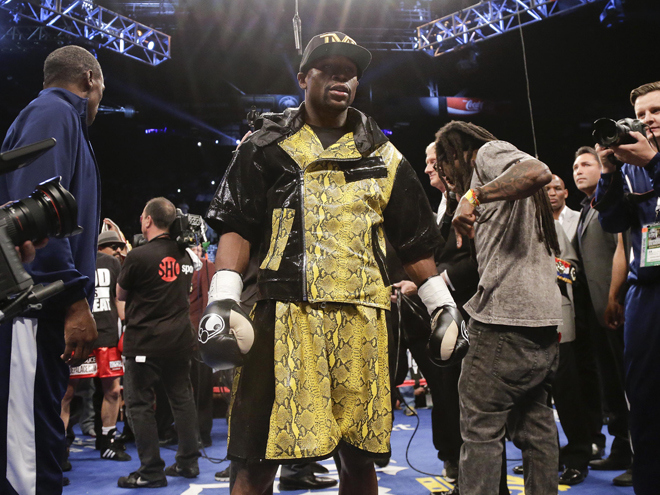 Perhaps Mayweather-Pacquiao is better late than never but it could set a precedent, writes Jack Hirsch

The Floyd Mayweather – Manny Pacquiao fight will have heavy betting action, not just on who will win but on various round propositions as well. I propose something a bit different – the time that the fight actually begins. Perhaps then and only then will one of boxing’s biggest problems be addressed, the tardy start of main events and the unreasonable late endings which spectators have had to endure.

Last Saturday evening I went to an amateur – professional show at Madison Square Garden’s Theater which was promoted by DiBella Entertainment in which Patrick Hyland was the headliner. It started with eight amateur bouts, then concluded with three pro contests scheduled for a total of 26 rounds.

While the pro fights were somewhat competitive at times, the gulf in talent between the victorious boxers and their opponents was rather obvious by the mere fact that only eight of the 26 rounds were fought. The real winners were arguably the fans who got to leave the arena at the reasonable time of 11pm which is early by today’s standards. Had all three contests lasted the distance it would have been past midnight.

You don’t have to be inside the arena to be inconvenienced by the late endings of shows. At one time or another we have all dozed off on the couch while having struggled to stay awake.

Mayweather- Pacquiao will probably start in the 11:30pm range, but with all the fanfare accompanying it the first punch might not land until close to midnight. Of course for an event of this magnitude fans will tolerate the late start, but for many other shows they won’t.

A lot of potential new fans will be introduced to the sport on May 2 for what has been termed the super bowl of boxing. However, the real super bowl always ends at approximately 10:00 pm, or in layman’s terms close to two hours before Mayweather and Pacquiao even get started.

Of course this is being looked at from an American perspective on an east coast time zone. However, fans in England have to deal with the same problem for fights held in their country. When Kell Brook fights next it will be telecast in the USA at around 6:30 pm our time, meaning the match will start at 11:30 or so in Britain.

No other sport has the late night endings that boxing does. For Mayweather and Pacquiao it does not really matter, but you better believe this is an issue that is quietly hurting the sport and needs to be addressed more than it has thus far.