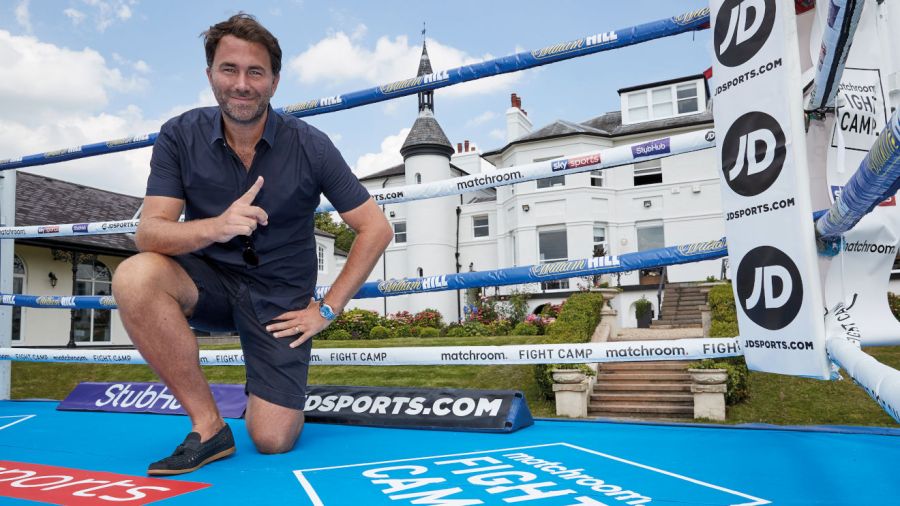 AS BOXING takes its first steps down a long road, plenty of imperfections remain but there is an obvious desire to change for the better. It’s been three months since the sport was plunged into lockdown. Back then, we hoped for a period of reflection where the powerbrokers looked in the mirror. So when the green light to return was switched on, the sport – refreshed and reenergised – would come back stronger while acknowledging where it had gone wrong in the past. There is some evidence of that desired soul searching.

Eddie Hearn, one week after Frank Warren announced his plans to return with a series of 50/50 domestic scraps, confirmed his own comeback. He will stage four events on the grounds of Matchroom HQ and they are loaded with quality fights. Hearn has promised he will not be held to ransom by any fighters demanding top purses for meaningless contests. The mismatch trend had indeed gotten out of hand. Boxers must now prove themselves before they get to the next level. Beating a fellow contender or prospect will now be the way to move forward as opposed to five or six victories over vastly inferior opposition. Furthermore, the contender or prospect who is beaten will learn more from that defeat than they possibly could from thrashing a selection of no-hopers themselves.

Sanctioning bodies may find life in post-lockdown a little less fruitful than before. While making the case for Dillian Whyte to get his long-awaited shot at the WBC heavyweight title, Hearn slammed the organisation’s mind-boggling Franchise championship after suggestions that Tyson Fury might be elevated to such spurious heights to accommodate Whyte.

It should be seen as a positive development that Hearn has criticised a sanctioning body without fearing the consequences (the other fighters he represents not being ranked favourably, for example). If promoters stopped recognising these ridiculous belts by plastering them all over their marketing material, if broadcasters stopped using them to sell their product and fighters were encouraged to not pay the sanctioning fees attached to them these daft titles would disappear.

The need to keep sanctioning bodies happy is understood to an extent because fighters still want to own belts and therefore have to be seen taking the necessary steps. But the ultimate desire for an undisputed champion, a status so rare it’s laughable, only underlines how the sport mindlessly fuels the problem by wasting so much time trying to keep the sanctioning bodies happy.

It will take more than a worldwide pandemic to kill off the chaotic structure atop the sport, but the time to stop bending over backwards to accommodate nonsensical policies is now. There has to be a starting point otherwise we simply plunge back into a vicious circle with no way out.

Likewise drug cheats. Jarrell Miller last week failed yet another test and should not be accommodated in the sport again. Yet the outrage we now feel will pass. Give it a year and a promoter will recognise the value in the villainous heavyweight and lobby for a governing body to let him back in. One only has to look at the cases of Luis Ortiz and Alexander Povetkin as proof of that. Hearn promoted both after indisputable drug test failures and, on August 22, Povetkin will face Whyte in the headline slot of Matchroom’s three-week fight festival. This is Povetkin’s fifth consecutive appearance on a box office event. Each came after he was busted for cheating. That is not a deterrent.

Those in the boxing media need to be brave. If more came out and spoke of the ills in the sport it becomes harder for those ills to exist. Which brings us, finally, to Daniel Kinahan. The notorious Irishman, only a fortnight ago, was being hailed as a vital component in the making of a 2021 showdown between Fury and Anthony Joshua. What followed was a deep dive into his links with grotesque criminality. This week it was announced, as the heat surrounding Kinahan reached boiling point, he has taken a step back from the boxing world.