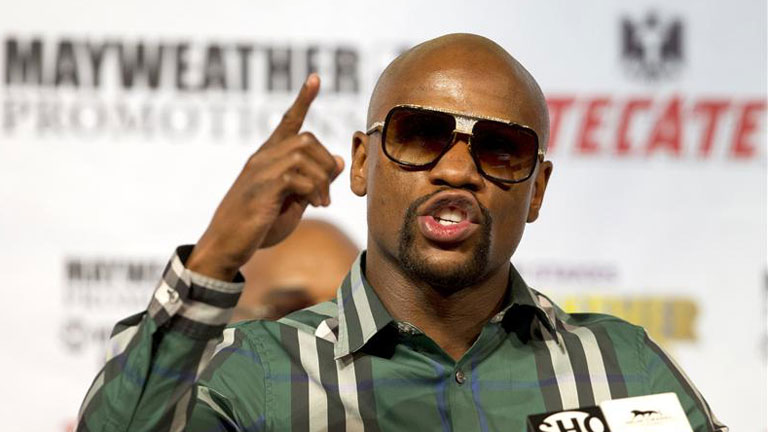 On the 10th anniversary of Twitter, we unveil boxers' first tweets

TODAY is the 10th anniversary of the creation of Twitter. The social network is a favourite amongst boxers. Fights are announced on the platform, news broken and ill advised comments made. So it got us wondering – what did boxers tweet for the first time? After some intense research in the Boxing News lab here we can reveal what some fighters tweeted for the first time:

Floyd Mayweather is a master of social media, followed by 6.78 million fans on Twitter alone. He dropped his first tweet on May 26 2009. The news on this occasion wasn’t earth shattering. He wrote:

Chillin at my house.

Manny Pacquiao was all about the work on April 1 2011. He was busy preparing for Shane Mosley:

Will be back at the WildCard Gym next week.

A cheerful Ricky Hatton took to the airwaves on January 4 2012:

Hello everybody, this is me, the real Ricky Hatton, just in a meeting before I get in the gym to train Craig Lyon.

I confess I don’t even know what Canelo Alvarez was saying on May 19 2010:

Lennox Lewis has brought wit, wisdom and Lennoxisms to Twitter. But on March 13 2009 he just posted a status update:

is going over some plans with my architect.

On September 14 2009, Oscar De La Hoya was in the middle of a Floyd Mayweather fight week:

At the workout for Mayweather vs. Marquez at the Kodak Thetare Arches. They are in great shape.

Miguel Cotto was ever the businessman on July 30 2009:

My Fearless Line from Ecko Unlimited will come out in Oct-2009.

How far reigning heavyweight Tyson Fury has come from December 9 2010:

In Toronto ahead of my fight against Israel Garcia on the 18th Dec on the undercard of the Pascal vs Hopkins fight. Watch live on Primetime.

Wladimir Klitschko was talking about a certain David Haye on January 11 2009:

Bernard Hopkins always knew how to broadcast himself, on November 20 2009 he declared:

Thanks for all the support.

Paulie Malignaggi pulled no punches on August 24 2009 (he had lost the decision to Juan Diaz a couple of days before):

Austin Trout was irritated for different reasons declaring on June 7 2009:

At the crib annoyed by my girlfriend. What are yoall doing?

Muhammad Ali’s account first tweeted on April 10 2009, reminder of one of The Greatest’s great quotes:

I’m so fast that last night I turned off the light switch in my hotel room and was in bed before the room was dark!