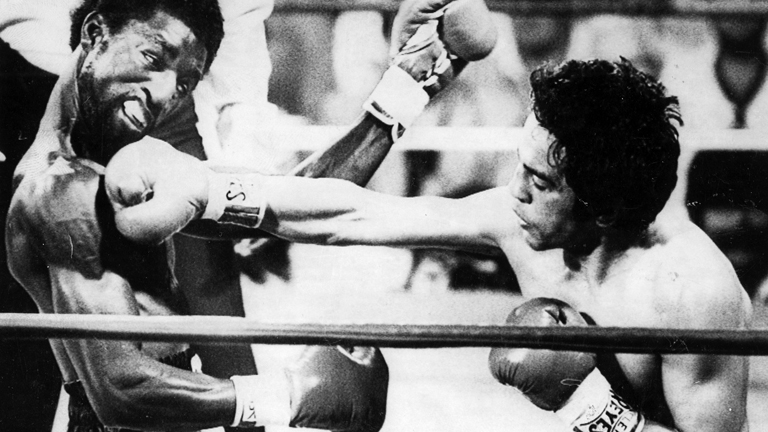 Bobby Chacon has passed away at the age of 64

BOBBY CHACON has passed away at the age of 64. Chacon was infirm and after a fall he did not recover from his injuries. A thrilling fighter in his day Bobby, who won WBC world titles at feather and super-featherweight, suffered from dementia.

Chacon shared the ring with the likes Ruben Olivares, Alexis Arguello, Ray ‘Boom Boom’ Mancini and many more in a 59-7-1 (47) career that saw him inducted into the Hall of Fame.

Oscar De La Hoya paid tribute to Chacon. “I’m sad to hear of the passing today of legendary boxer Bobby ‘Schoolboy’ Chacon. Bobby was one of the best fighters to emerge on the scene in boxing the 1970s. Hailing from Southern California, Bobby was someone I looked up to as a young fighter growing up in East Los Angeles. Bobby had the natural talent, good looks, personality and power to be a memorable fighter in the ring that attracted crowds,” De La Hoya said.

“Bobby fought during the glory days of boxing at the Olympic Auditorium, LA Sports Arena, and The Forum in Los Angeles. This was the Golden Era of boxing on the West Coast, and those were times I remember well, having gone with my father to watch fights at these venues just a short distance from our family home.

“Bobby fought the best of the best in those days, including Ruben ‘El Púas’ Olivares, Rafael ‘Bazooka’ Limon and more. I always admired him for this a professional fighter myself. Legendary West Coast boxing promoter Don Chargin helped develop Bobby into a world champion fighter though it was Bobby’s will to win, courage and big heart that brought him the victory in difficult battles.

“After a long and storied career, Bobby was rightfully inducted into the International Boxing Hall of Fame in 2005. I’m pleased to share that honor as a fellow Hall of Famer alongside him.

“Bobby’s life was not one without struggle and tragedy, but I pray he has now found peace in eternal rest. He accomplished much for the sport of boxing and will be dearly missed.”