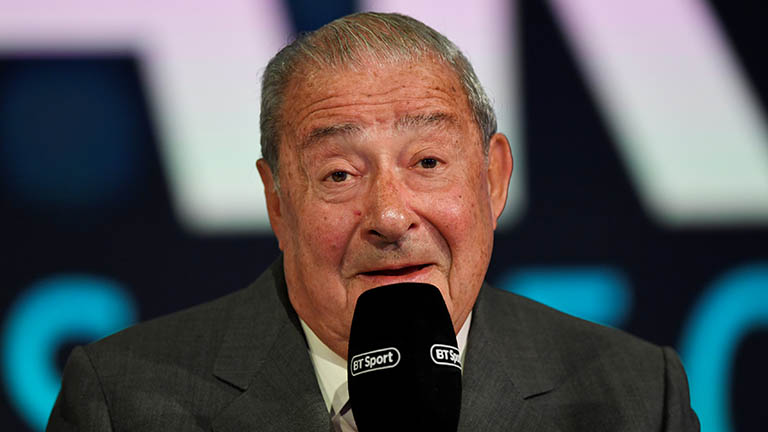 VETERAN promoter Bob Arum has proclaimed that “everything worked out bad” for Anthony Joshua’s first fight in America. Joshua was due to defend his WBO, WBA and IBF world heavyweight titles against Jarrell Miller at Madison Square Garden in New York. When Miller failed multiple drug tests, Joshua’s promoter Eddie Hearn swiftly brought in Andy Ruiz as a replacement opponent.

Arum, who promoted Ruiz himself in the past, has little reason to support Eddie Hearn or Anthony Joshua, quite the reverse. Afterall the Britons are coming over to the USA, his turf in a sense, for Joshua’s title defence on Saturday (June 1). Arum has his own high profile heavyweight to represent in Tyson Fury and his Top Rank promotional company is aligned with ESPN while Hearn’s Matchroom promotions has a deal with DAZN, a rival broadcaster.

Arum insists: “I said to everybody, and I’ll repeat it because I like the phrase, Eddie Hearn knows d**k about promoting in the United States.

“I mean Eddie may be a good promoter over there [in the UK] and I go back for years with his father Barry, who’s a good friend of mine,” Arum continued. “But Eddie came over to the United States and felt it was the same as promoting over here in the UK, which it is not. I would never ever come over to the UK and feel that I could promote a fight in the UK on my own. Because if he says to me: ‘what does he [Arum] know about promoting in the UK, he knows d**k,’ he would be right. I promoted here with Frank [Warren] and so forth but ultimately it takes really getting into the sinews of things to learn how to promote in a different location, a different country.”

Arum added, “The truth is they picked a good opponent in Miller because Miller was a New York kid, could fight a little bit, he was a big guy. Unfortunately – not Eddie’s fault – the guy tested positive and now he’s stuck with Andy Ruiz, who’s a Mexican who’s fighting in Madison Square Garden. If he was fighting in the Staples [Center in Los Angeles], there are millions of Mexicans, Mexican-Americans in that part of the country. In New York if you found 50,000 Mexicans, it would be a lot. It’s the wrong place. It’s not his fault really because he did the fight for another opponent, then he put Andy Ruiz in.

“It’s on DAZN in the United States, which nobody watches, nobody has. [DAZN reportedly had 1.2 million viewers for Canelo Alvarez vs Danny Jacobs early this month.] So Joshua is not going to get the ride that he should for his first fight in the United States.

“That is not a pejorative on Eddie and so forth, it worked out bad for him. Because with Miller he would have had a shot.”

Arum does sound sceptical of DAZN’s reliance on subscriptions. “If you subscribed to DAZN for the Canelo fight you automatically get this fight. So that’s it,” he claimed. “They’re not going to get a 100,000 more subscribers for this fight than they already got for that fight. Particularly since the only people who will really be interested in that fight are some Mexicans who have already subscribed. So that’s not additional money. I mean everything worked bad.

“It was Frank Warren jinxing them!”