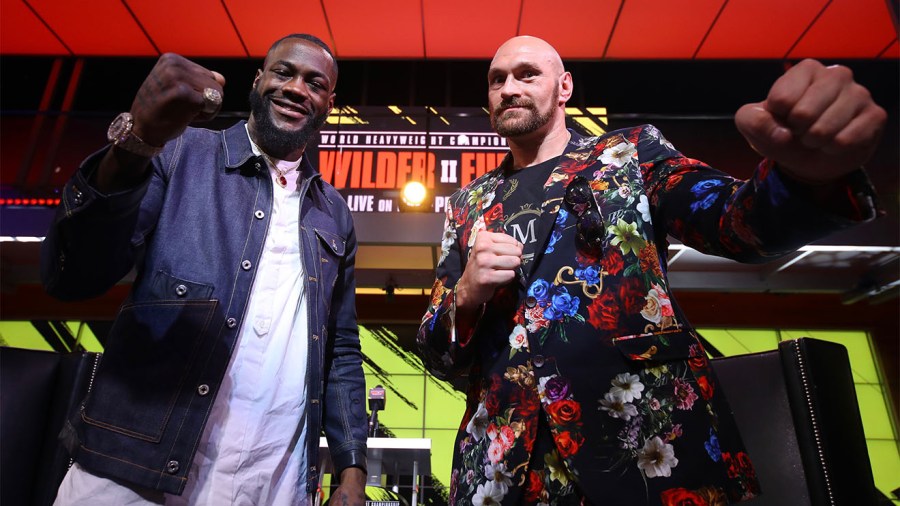 BOB ARUM, the promoter of Deontay Wilder-Tyson Fury II, insists it was the decision of the Nevada State Athletic Commission to stop the fighters from facing off at Friday’s (February 21) weigh-in.

It’s a curious move. Traditionally, the boxers will step off the scales and then get in each other’s faces. A bit of pushing and shoving often ensues and with it, a chance to market the fight further. For that reason, the cynical might even suggest that such scuffles are staged. Arum, 88, told Boxing News that nothing of the sort occurs and that heated arguments are bad, and not good, for the promotion.

“It is bad for the sport’s image when boxers almost come to blows at weigh-ins or press conferences and we do not want to be associated with it,” Arum said. “We do not want a situation developing. You saw what happened at the press conference this week [when Wilder shoved Fury and then Fury shoved Wilder].

“You never see any of this before a soccer game in the UK or a baseball game over here do you? Imagine if you did. There would be uproar.”

Arum, no stranger to a bit of hyperbole, then added: “We do not want anything to happen that paints the sport in a bad light. This fight is huge, the whole world will be watching. It’s the biggest heavyweight title fight since Muhammad Ali-Joe Frazier in March 1971. Everyone is talking about it. It’s been mentioned in presidential speeches [Donald Trump is scheduled to be at ringside], it is getting bigger and bigger.”

Fury suffered a bad cut over his right eye in his last bout, a harder than expected 12-rounder with Otto Wallin in September. There were rumours that Arum had taken steps to avoid a situation where it could potentially reopen the day before the fight – not so much a promoter’s dream, but a nightmare.

“That’s ridiculous,” Arum said. “It was not our decision. It was the commission’s decision and we passed that decision to the teams of both fighters.”

Before the first fight in December 2018, the two heavyweights were kept apart at the weigh-in following minor fisticuffs at the fight week press conference that resulted in Wilder dragging one of his fingernails down Fury’s face.