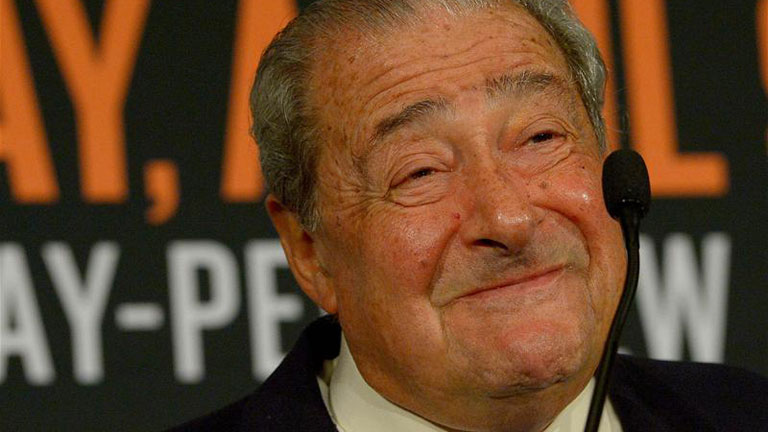 MANNY PACQUIAO’S promoter, Bob Arum has given Donald Trump’s bid to become President of the United States a resounding vote of no confidence.

He explained, “Because it features Hispanic fighters and I want to give the Hispanic fighters the opportunity to perform before Mr. Trump deports them out of the country. I’ve dedicated this undercard to the 12 million undocumented people who live among us, who work so hard and give so much to this country.

“I want them to know there are a lot of people who know have their back and are not going to allow them to be deported.”

Mexico’s promising Oscar Valdez is set to take on former world champion, the “Mexican Russian” Evgeny Gradovich on the undercard. There is speculation that Gilberto Ramirez’s world title challenge against Arthur Abraham could also take place on the show.