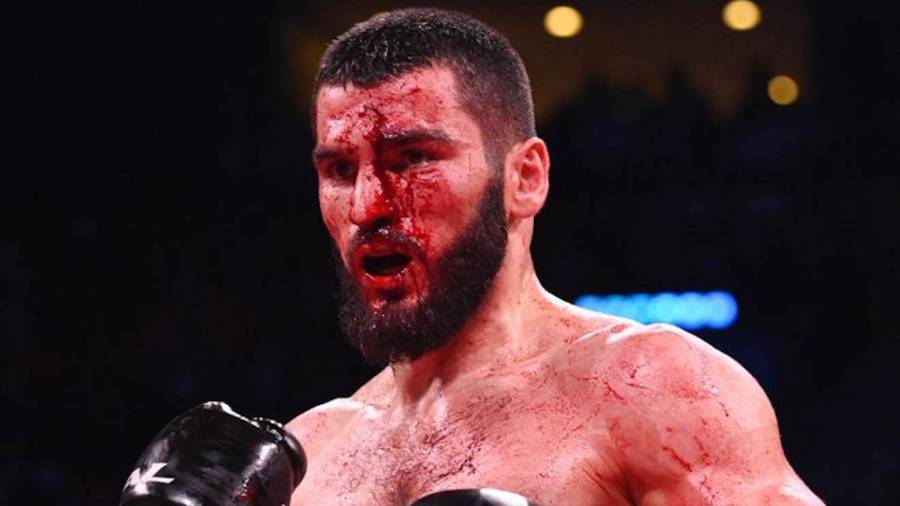 DESPITE a bad cut scored along his forehead that bled heavily, fearsome light-heavyweight world champion Artur Beterbiev bludgeoned Marcus Browne to defeat inside nine rounds at the Bell Centre in Montreal on Friday night.

Early on American southpaw Browne caught Beterbiev coming in with fast shots. But the Russian held his arms up in a strong shell-like guard and blocked Browne’s punches. With a hard straight right Beterbiev began to tag him. He drove the American into a corner with his one-two. Beterbiev cranked up his workrate, posing a constant threat. But in the fourth round the Russian suffered a nasty cut in the middle of his forehead from a clash of heads.

That prompted the Russian set after Browne with an intensity, driving body shots in when Browne was on the ropes, undeterred by the blood streaking down his face. He opened up on the challenger, slamming in headshots before the end of the fifth round. Browne could only cover up as Beterbiev slugged him from the ropes into a corner.

Browne was taking punishment, a right hook curving round his guard in the sixth round as the Russian continued his assault.

The American was trying to repel him but Beterbiev was walking through his punches. In the seventh round he hammered the body with a left hook, his right cross slammed in flush and forced Browne to his knees.

Browne showed great heart to make it to the ninth round. But Beterbiev was remorseless. He pinned Browne down and finished a combination with a left uppercut. Browne could take no more and was counted out on his knees 46 seconds into the round.