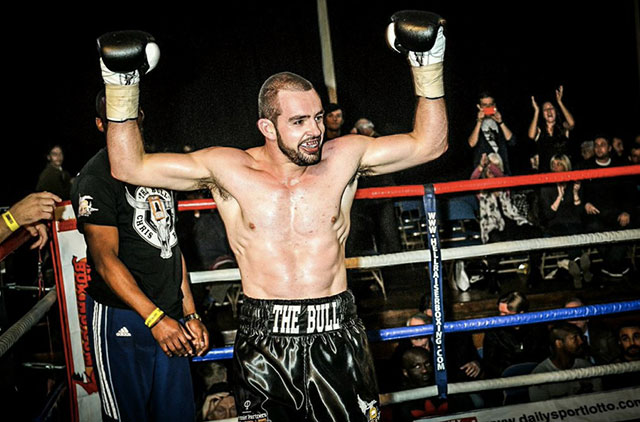 LONDON light-middleweight Chris Baugh will celebrate his 27th birthday in style by training in Floyd Mayweather’s gym just days before the American goes to war with Manny Pacquiao at the MGM Grand.

The unbeaten prospect, 4-0 (3), will train at the Las Vegas gym on Thursday April 30, two days prior to the ‘Fight of the Century’.

“After four fights since turning pro in November I’m taking a short break and heading over to Vegas for my birthday and catch the biggest fight in boxing history,” Baugh told Boxing News.

Like many others, Baugh, whose nickname is “The Bull”, failed to get tickets for the May 2 extravaganza but will be watching on closed circuit screens.

“I’ve managed to get tickets to watch the fight on the sold out closed circuit projection inside the MGM, which is going to be a crazy experience, and I’m also going to be hitting the Mayweather gym to do a bit of training and hopefully pad work as well.

“Like every fighter coming through the ranks Floyd and Manny are two of my heroes so I can’t wait to get out there and soak it all up.”