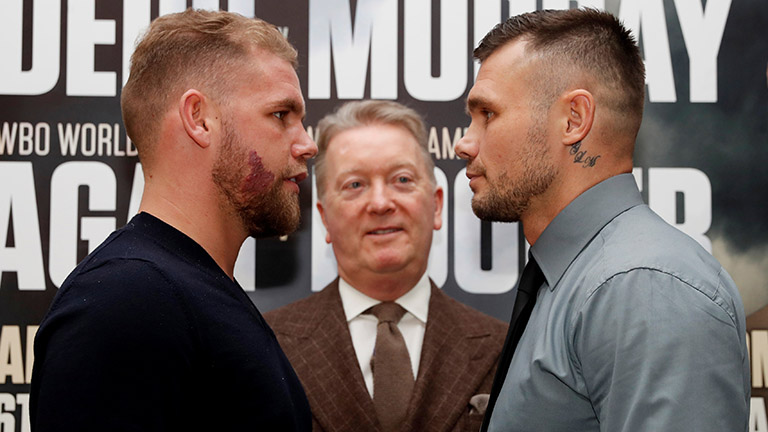 A fight seemingly destined to never happen, Saunders first withdrew from an April date on account of a hand injury and has now removed himself from the rearranged date due to a hamstring injury.

His opponent, Murray, broke the news this morning and was understandably upset, if not surprised.

“The fight is off!” Murray wrote on Instagram. “Billy Joe Saunders has s**t out again! Gutted is an understatement but nothing I can do.

“Just want to apologise to everyone who has bought tickets and booked hotels and thank everyone for their continued support. Hopefully another training camp doesn’t go to waste and my management team can get me a fight sorted in the next couple of weeks.”

Murray’s suspicion is that Saunders has scrapped their June 23 fight in favour of pursuing bigger and better options – namely, fights with Canelo Alvarez and Gennady Golovkin, both of whom could soon be in need of a middleweight opponent.

“You have your ups in boxing, but the last three months have been downs,” Saunders tweeted on Sunday. “Sorry to Martin and the fans. Be back soon.”

Frank Warren, meanwhile, the promoter of the June 23 event, took to social media to tweet the following: “Due to an injury suffered by Billy Joe Saunders, unfortunately he has had to withdraw from his June 23rd fight with Martin Murray at the O2 Arena. A full statement on the show will be made tomorrow. We apologise for any inconvenience.”