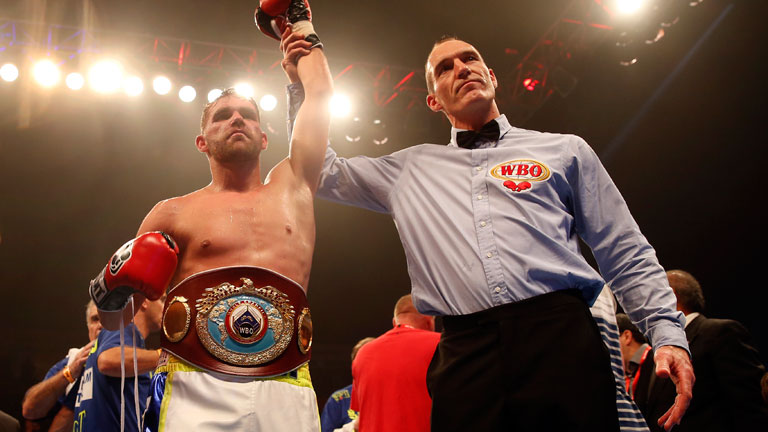 BILLY JOE SAUNDERS has revealed he will defend his WBO middleweight title against Ukraine’s Max Bursak on April 30 at the Copper Box Arena in London.

“(Bursak) comes in your face and he can make it very awkward for a good fighter,” Billy said. “I’m looking to make a statement.”

“I don’t want to be a one fight champion,” he continued.

Saunders expects to retain his title and have a major fight this summer. His confidence is clear now he holds the WBO title. “I always knew I’d be world champion. It was just when,” Saunders said.

On the undercard Ovill McKenzie will fight Dmytro Kucher for the European cruiserweight title. Ryan Walsh will box James Tennyson for the British featherweight title.