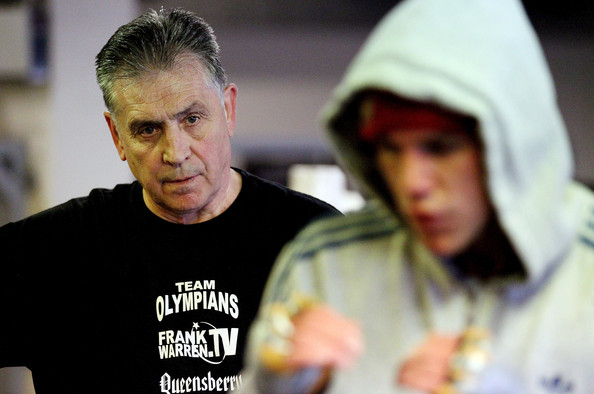 The legendary East End trainer took British boxing great Benn to a Tenerife training camp for his WBC World Super-Middleweight title challenge against Italian Galvano in 1992, the results showed with Benn pulling off a memorable victory in Rome, stopping Galvano in four rounds.

Tibbs has taken British, Commonwealth and European Middleweight Champion Saunders to the MGM Gym in Marbella and is getting the same good vibes from the camp that he did over twenty years ago with Benn.

The 67-year-old, who has trained a who’s who of British boxing, is confident that Saunders will be the first to beat Eubank Jnr. on Saturday 29th November at the ExCeL London, live and exclusive on BoxNation.

“Nigel Benn was a great example of taking a fighter away to foreign training camp, preparing right, and preparing to win,” Said Tibbs.

“With Nigel for the Galvano fight, we went to Tenerife a good eight weeks before and lived and breathed the fight and the results showed,”

“At the time I was still young and it was a fantastic experience for me, it was a good camp, everything was there for us, the facilities, the sparring, everything was done right and Nigel did the business in the ring and won the WBC World title in Galvano’s back yard, that ranks as one of my highlights in the sport,”

“I didn’t think I’d be in that same position again, but for this big fight with Billy Joe we’ve taken him away to the MGM Gym in Marbella and I can’t explain how well things have gone, I feel just like I did with Benn in Tenerife.

“They have gone above and beyond to accommodate us and the facilities here are second to none.  It’s added another 100 percent to Billy’s preparations and I can’t fault how he’s gone about this fight with his mental and physical preparations,”

“He’s trained ‘proper’, Billy knows what he needs to do in the ring, Chris is a good fighter and we’re certainly not underestimating him, but I believe in Billy Joe and everything we are doing here is right so it will show on the night.”