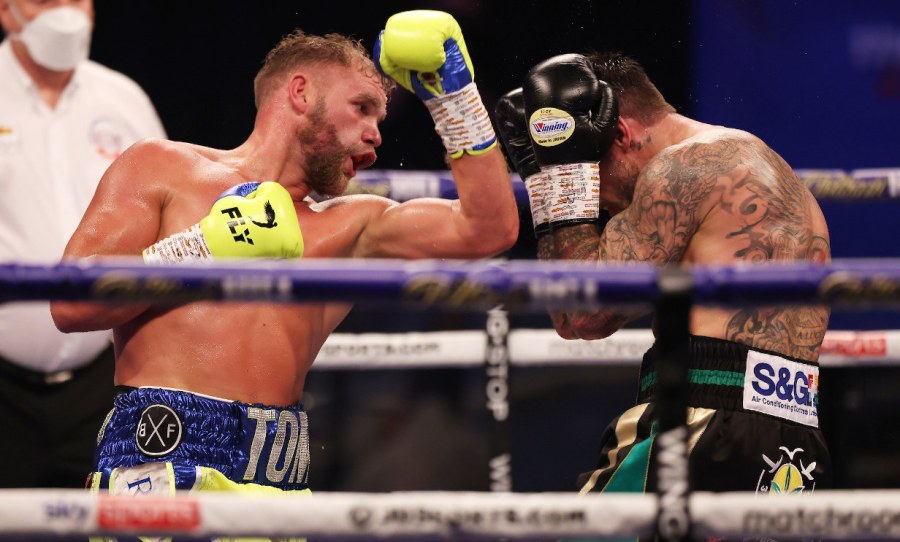 MARTIN MURRAY’S fifth attempt at a world title would end once again in defeat. Over the course of 12 rounds at Wembley Arena on Friday Billy Joe Saunders’ speed, his skill and at times his strength were too much for the challenger. Saunders retained the WBO super-middleweight title on a wide unanimous decision.

Saunders took control from the start of the fight and would never relinquish it. When Murray backed off Saunders took the invitation to close in on him and fired in fast combinations, shaking apart his guard to land his lead right and southpaw cross.

Saunders countered neatly with his right but he was also more aggressive than expected. He hurt Murray in the fourth round, stunning him when he lined up a massive one-two. He struck again with Martin covering up on the ropes and Murray stumbled forward off his feet as he looked to clinch.

There were clinches and bad tempered exchanges when Saunders strayed low with a shot. Murray ground forward, digging to the body in an effort to slow Billy Joe up. But Murray could not claw a round off him. Saunders manoeuvred too smartly, selected his angles of attack and struck too quickly for him.

Saunders won 120-109 for two of the judges, 118-110 for the third. Yet he was frustrated with his own performance. “It’s like boxing in a cemetery,” Saunders said afterwards. “I tried to get up a rhythm but he’s still an old fox.”

Murray is left contemplating his future. He won’t get another shot at a world title. “There was not much in lots of the rounds but he was doing just enough,” he said. “I’m ready for a good rest now… I said I wanted to have no regrets, go anywhere and fight anyone. I’ve done that.