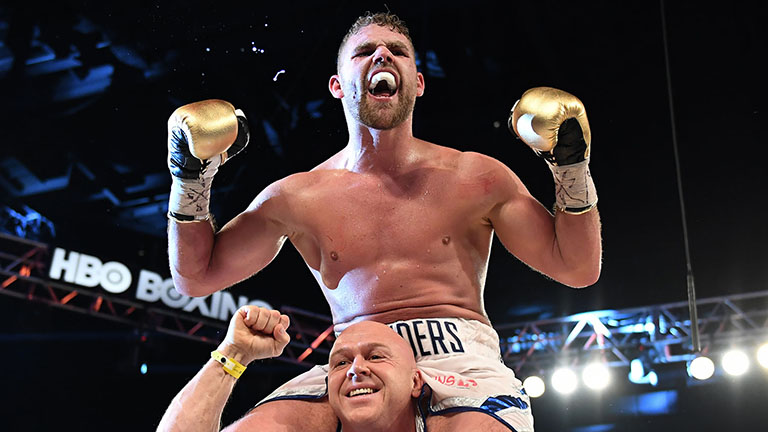 BILLY JOE SAUNDERS made a successful defence of his WBO middleweight title as he out-classed David Lemieux in Canada.

The Briton controlled the bout from the start, avoiding any hits from the Canadian in round one as he defended his title by unanimous decision at Place Bell in Quebec.

The defeat is the fourth of Lemieux’s career, who had won each of his four fights since being stopped by unified middleweight champion Gennady Golovkin in 2015.

His first clean punch came in round three but it was not enough to stop Saunders, who retaliated with a combination uppercut in the fourth.

By the fifth, Saunders began taunting his opponent for his misses, drawing boos from the crowd, but went on to land the better shots.

The masterclass continued into the seventh when Lemieux left the round bloody and hurt and with little answer to Saunders’ jabs and footwork.

Saunders challenged Golovkin after the fight – and had a response for the fans who had booed him.

“Golovkin, you kept saying you want my WBO belt when I was 14 stone, out of shape and wasn’t in love with boxing,” he said in an interview shown on BT Sport.

“Then you wanted to fight me. Fight me now. Now fight me, cos we’ll be seeing a different story. You’ll be punching fresh air.”

He added: “And thank you very much Montreal and all you fans coming out to see me. I know you’re booing me because I whipped your fighter’s arse. But you know, that’s boxing.”