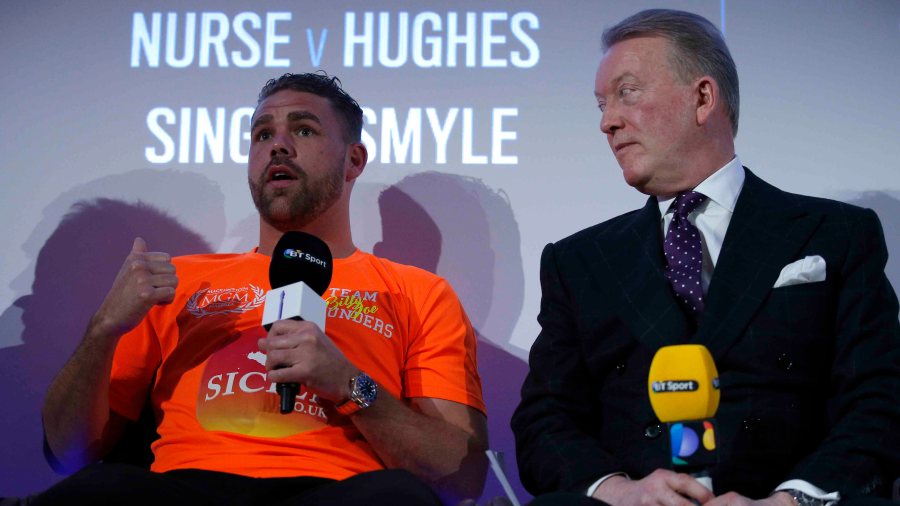 'Gennady Golovkin will not be bullying me,' Billy Joe Saunders declares

BILLY JOE SAUNDERS has no interest in following rival Chris Eubank Jnr up to super-middleweight to seek out a rematch and pursue the major fight that has eluded him as a world champion so far.

“Never in a million years, I wouldn’t chase him. I’ve beaten him already. He dissed me for fighting at a leisure centre,” Saunders, the WBO middleweight champion, said. “He’s fighting a bum, who genuinely probably works at the leisure centre.

“I don’t need to chase him. I’m world champion.”

The biggest fights for Saunders would be Canelo Alvarez or Gennady Golovkin, both of whom have other opponents already scheduled for later on this year.

“I’ve been very unlucky with a few big fights. I’ve always had my pen out ready to sign but it’s the boxing gods, sometimes the big fight just doesn’t happen because they’re not meant to at the time. I’m a believer in that. I’m a world champion if I’ve got to defend and defend and defend until one comes along then so be it. I know that we’re very, very close. I’m touching distance away from a big, big fight,” Saunders said.

He has faith he could stand up to the fearsome Kazakh, Gennady Golovkin, who holds the three other middleweight world titles. “I haven’t seen somebody box Golovkin that’s got a bit of heart, a little bit of stand up. When he’s walking them down and beating on them, they give in, take it,” Saunders said. “He will not be bullying me, that’s for certain. If I have to ram an elbow in, I will. I’ll do anything I can to hold him off of me. But he won’t be bullying me, definitely not.

“He’s the best fighter on the planet in my opinion but to be the best you’re not ever going to get given it, you’ve got to beat the best and obviously he’s the man that I want.”