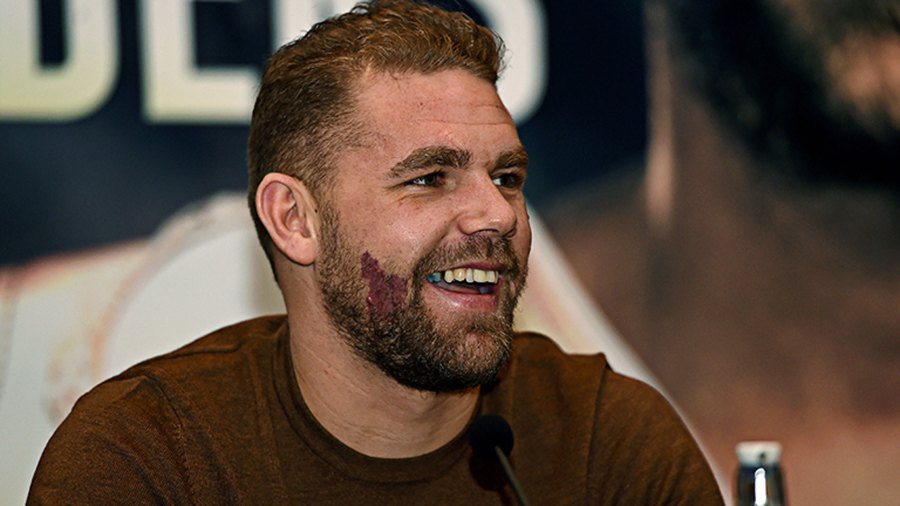 WBO middleweight champion, Billy Joe Saunders will come back from injury with a title defence on the October 29 Tyson Fury-Wladimir Klitschko undercard at the Manchester Arena. After that he insists he will be ready for a unification clash with Gennady Golovkin, the holder of the WBC, WBA and IBF belts.

At the time of writing, two options were being considered for Billy Joe’s first world title defence, either America’s Rob Brant or Russia’s Artur Akavov, with a view to Saunders boxing again in February 2017. For his next fight after October 29 the Englishman wants Gennady Golovkin.

“It’s time to test myself and see what I am made of. Everyone’s raving on about him but to be honest with you I took a lot of confidence from the weekend. I’m not a blown up welterweight, I’m a full fledged middleweight. He keeps banging on he wants a chance at the belt. Now I’m going to give him a chance,” Saunders said. “I’m ready to fight. I’m ready to fight him wherever he wants. I don’t care if he comes to England, America, I don’t care if it’s in a field, I’ll fight him anywhere he wants.”

He continued, “I’m fighting October 29. Give me a week off and I’ll fight him straight after that, don’t bother me. I’ll fight him any day. Just shake a bit of ringrust off against a good, durable contender, because at this level there are no opponents, they’re all contenders, they’re all coming to win. As long as I can shake that little bit of ringrust off, all I need is one fight and I’m ready to go.”

Billy Joe also gave his take view on Kell Brook’s performance against Golovkin on Saturday. “First of all I think the man who deserves the most respect out of the two is Kell Brook. He was up on the scorecards. I thought he showed a lot of heart, a lot of skill, a lot of will. His corner was right to pull him out but. He’s a 10st 7lbs man. I think that fighting Golovkin was big, big ask,” he said. “I just seen stuff at the weekend that I know I can certainly capitalise on, most definitely.”

And Saunders warned, “The bigger the challenge the more I perform.”