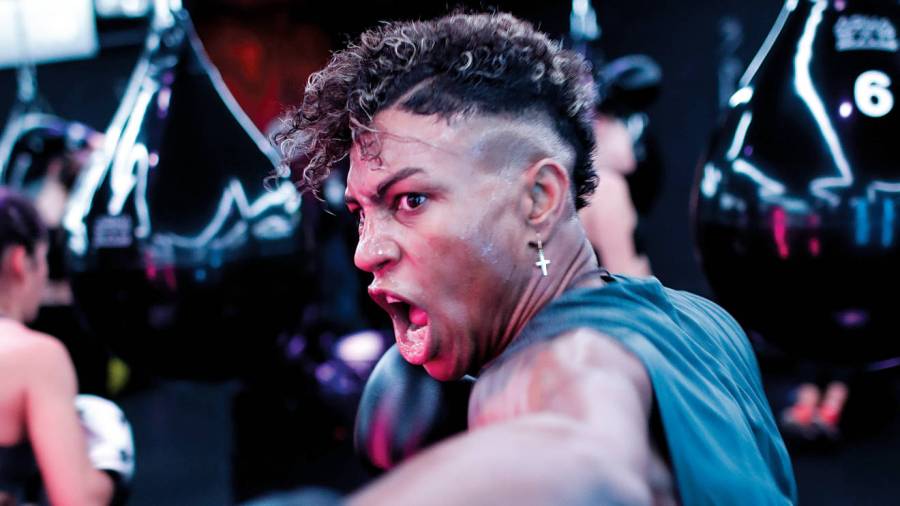 Bilal Fawaz has had years of his career taken from him. He wants to make up for that stolen time when he turns pro, writes John Dennen

THE wait is almost, finally, over. Tomorrow (February 11) at York Hall in Bethnal Green, Bilal Fawaz will box as a professional for the first time. It’s no ordinary debut. A decade ago Fawaz won the ABA championships at the same York Hall venue. Despite a stellar amateur career, which had seen him beat Ted Cheeseman and other amateur stars, he had been unable to turn pro. Trafficked to the UK as a child, he had been rendered stateless and unable to gain citizenship status or the right to work in Britain.

Worse would happen. In 2018, the Home Office unjustly had him snatched and held in a detention centre indefinitely, under the threat of deportation. A widespread campaign developed to free him.

“Everyone has been through a lot. Mine has just been a little bit more tedious than others. At the moment what makes a fighter strong is not the training that he does, it’s the life lesson that he’s gone through and not quit,” he tells Boxing News. “Some people derive power and courage from the things that they’ve endured in the past.”

“You shouldn’t take anything for granted,” he continued. “Trust me, within an instant things can get taken away from you, things can happen that change the trajectory of your life and your current plans and goals.

“Being in detention gave me clarity. It made me appreciate Great Britain, it made me feel like this is my only opportunity to shine and if I don’t seize the moment right now, I will lose it forever. I mean, in everyone’s life there’s an opportunity that life throws at them and it’s up to them to grab it or the opportunity will slide past them. So I’m grabbing my opportunity. I just hope it’s not too late.”

At long last he secured a work permit and obtained a licence to box. That had to be reinstated after Fawaz underwent an evaluation. “While I was in the detention centre, I underwent depression, anxiety, I had suicidal thoughts,” he said. “I was diagnosed with depression and post-traumatic stress.”

“I was in limbo again, just like the limbo of not having a work permit or not being able to be earning money from my career. I had to undergo a psychiatric evaluation,” he explained. “Going through certain events in life, you can’t come out without a scratch or a scar. I have my fair share of scars and they’re very deep.”

The Londoner is training with Derry Mathews as his coach and desperate to make up for the time that’s been stolen from him. “I am pumped. I haven’t had this type of feeling before. I don’t have to worry about my future, my future looks bright. It looks like if I just carry on the path that I’m going, things are going to work out for the better. Before I was a bit worried that my future is slipping away, I wouldn’t be able to have the life I thought I would have,” Fawaz said. “I have to stress how painful it has been over the years, because I’ve watched all my peers that have gotten somewhere in life, make something out of themselves and they’re living the lavish life, they have a house, they have a family and I can’t start none of that because I’m not allowed to. I can’t even travel, I don’t have the travel document yet. I’m still considered somebody that has no country although I’m allowed to work, that has put a hindrance on my career.

“I would have been reaping the benefits of my hard work a long time before now. I’ve only just started now.”

“The battle is not over. It’s just I have a clear trajectory,” he added. “I’ve never been on holiday in my whole life and I’m 33 years old. I can’t travel. So when the 30 months [of his work permit] expires I have to apply for another extension and that extension they could refuse, they could not refuse it, they could renew it, the Home Office are unpredictable.

“They just locked me up for no reason and they have the power to do that. And now we’re still in legal proceedings with the Home Office to see if we can actually get a travel document or at least indefinite leave to remain. That will give me clarity.”

“Before something good comes out of any bad situation, there has to be pain, suffering, tears, sweat, blood, hardship attached to it. Nothing good can come easily,” he added. “So I’m still in pain, I’m still here, I’m still looking for people that will throw me a lending hand.”

He can’t wait to finally do something simple. Just to box. “The feeling is unfathomable. It’s unexplainable. It’s a gift,” Fawaz said. “That feeling to step in that ring once again… It’s a relief to know that I can get paid for something I’ve spent my whole life training for.”