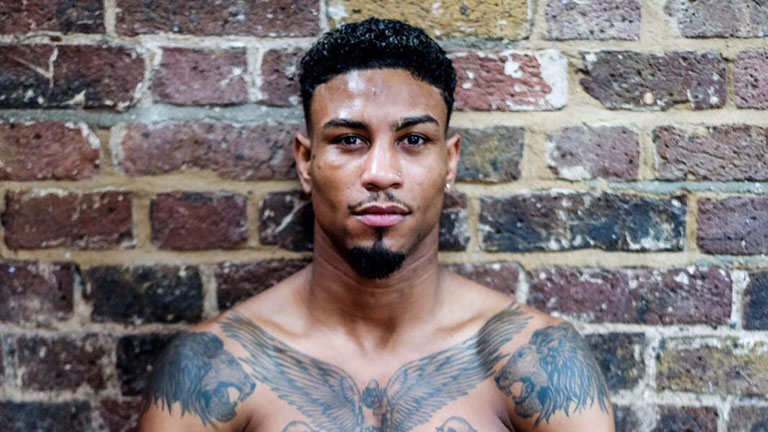 'They will look at me and say this boy should be given a fair chance.' John Dennen on the stories of Bilal Fawaz and Ramla Ali

THROUGHOUT its history boxing has been a sport for immigrants. That was true for Daniel Mendoza in 18th century London and holds true to this day. Two boxers turning professional in the UK are reminders of that legacy. Bilal Fawaz has signed an agreement with the management company MTK. Ramla Ali has announced that Matchroom will promote her professional career. Each fighter stands for something and their stories will be worth following.

Bilal Fawaz has spent the last few years in a nightmarish limbo. Trafficked to the UK as a child, he escaped to social services. He won the English national championships as an amateur but could not turn professional without a work permit. He was stateless but was held unjustly, and indefinitely, in a deportation centre. Two years ago, after uproar and a widespread petition, he was released. However he has only recently been permitted to work in Britain. That has now allowed him to sign a management agreement with MTK as he looks, at long last, to turn professional.

“Before there was nowhere to go, it was just like a stagnant situation. But now things are looking different. All I have to do is put the work in. I’ve been given the chance,” Fawaz tells Boxing News.

MTK put him through his paces, including sparring with world champion Billy Joe Saunders. “The moment I finished doing the sparring, Billy Joe Saunders turned around and said this boy’s going to be a world champion. The moment he said that I think everyone knew. They saw the way I was moving, they saw what I was doing in the ring, they saw how I was manoeuvring and they said this boy’s going to be somebody,” Fawaz said.

He performed some other tests and trials for them in the gym. “What I was doing was way more than what they expected from me,” Bilal said. “They want to see if I’m capable or if I’m somebody that doesn’t have anything left. Because they don’t waste their time with people that have not got a future… I’ve got the fire burning. I want that chance. I want to go in there and fight whoever they have, whatever they’ve got going on.

“We’re already agreed that the moment I get my papers [to turn pro] we are going to be fast tracked. I will not be fighting normal fights. It will be intense, high intensity. Maybe one or two fights will be journeymen and then after that we go straight to the big dogs.

“I am not a person to play with. I am going to come with 100% assurance. Give me two years and I promise the whole world will be talking about me.”

Fawaz’s treatment from the Home Office and the ‘hostile environment’ created by their approach was horribly cruel. “I wouldn’t say it’s the British system. It’s not the whole country that’s answering that decision. It’s just one person or a collective group of people that sit down together and say let’s not do this, let’s not do that, let’s not take this person in,” Bilal said. “It’s not like the whole of Great Britain is bad, I wouldn’t say that. It’s just one or two people who have been appointed in a position of power. Those people are the people that have maybe not bad intentions, but they don’t have any humanity in them anymore. They’re really selfish in their way of life and they don’t want anyone to cherish or enjoy what they have

“There are certain categories of people, they have worked their way up. It would be nice to give them a chance, rather than cut them out and say they are criminals and this and that. For instance someone who fought for you and represented you in so many different aspects … and they turn around and say of yeah you should go back to your country, you’re not British.”

He believes he will come to represent something larger than himself. “They will look at me and say this boy should be given a fair chance. Or they might just turn around and feel sorry for me and say oh he’s an asylum seeker. Or they might say I don’t belong there. It’s what I do that plans my future. It’s what I do now,” he said. “It’s what I can do now that people want to know. So I’m sure things will be different. But people will not know what has hit them.

“I made my way alone, fought my way to get all the way to get to this position… And here we are.”

Asylum seekers are being demonised in certain sections of the media. Far right extremists have harassed refugees, senior politicians still target the vulnerable with their rhetoric and their policy-making.

Bilal Fawaz was one of the many who suffered at the sharp end of those policies. For a while it seemed like there was no way through the labyrinthine immigration system. Finally he is getting to move on with his life. He hopes that counts for something.

Ramla Ali is an example herself. She grew up in London after her family had fled the civil war in Somalia after a grenade killed her brother. Ramla became the first boxer to compete internationally for Somalia and has announced that she was will box professionally with Matchroom in the UK.

“Amateur boxing has come to such a standstill that if I didn’t turn pro now I wouldn’t get the opportunity to compete until next year. I just love competing and I love fighting,” she said. “My dream has always been to go to Tokyo and go to the Olympics, If it happens I will definitely book my ticket to the Olympics next year. [Professionals are allowed to enter qualifiers now.] I’m so glad that they changed the rules and I’m so glad I’ve got the opportunity.

“I’ve fought in the deep dark trenches of Serbia and Bulgaria, when there’s two people in the crowd and just complete silence. Having an audience doesn’t really faze me. I feel like boxing will still go ahead but just not the way that people imagined it to be.”

Ali still has to be cautious with how much information she reveals about her family publicly, so they are not subjected to threats. “It’s too dangerous. I feel that now I have a bit of a profile I would be a target. Even now when I’m doing interviews I purposely don’t mention relatives by name because people will just know relatives, people will put two and two together, who’s related to me and just hold them to ransom and things like that. I never put my parents’ picture up on social media for the same reasons,” Ramla said. “It’s quite tough.”

“Hoping to inspire a little girl to have dreams beyond being someone’s housewife.”

“Somalia’s just known for horrible things, like piracy, famine, war, so to give Somalia the opportunity to be known for something other than that is obviously amazing,” she continued. “It would be amazing to shine a light on Somalia to show it’s not a country filled with war and famine, we’ve got a country that produces great individuals.”