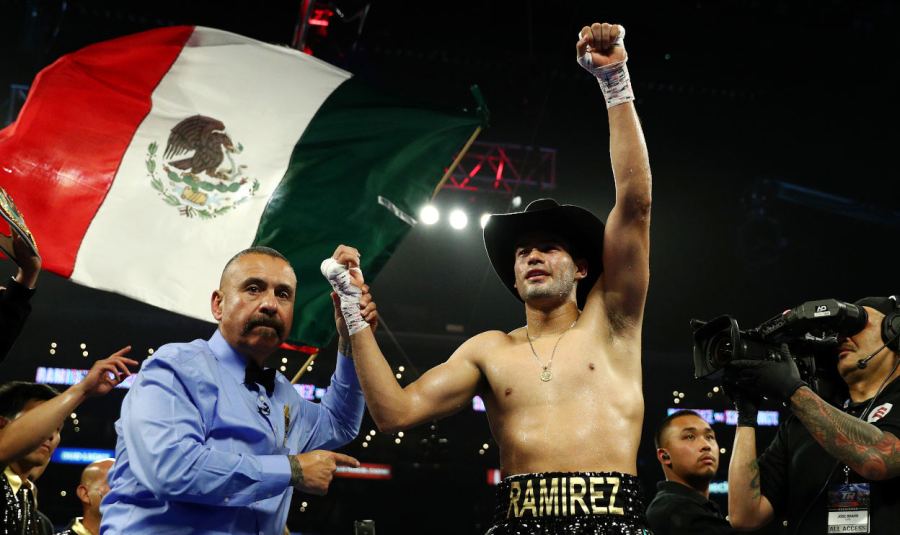 For a while, Gilberto Ramirez seemed to have it all made. At 6’2”, with striking telegenic looks, a 168-pound title strap, and the fight-adoring homeland of Mexico backing him, he was poised to become a superstar in the sport. A legitimate rivalry with compatriot Canelo Alvarez did not seem out of the question. But that was almost half a decade ago. Since then his career has nosedived faster than the Boeing 737 Max.

It began with the usual telltale sign. A new hanger-on told him he was worth more than what his paychecks indicated, leading to a standstill with his promoter Top Rank. They parted ways, albeit through an expensive buyout, to the tune of a millions dollars, but Ramirez figured he was primed to make millions more on his own, anyway, without any institutional backing, because that was what he was told. But nothing, not even a well-placed left hook, hits harder than reality.

His so-called independence earned him exactly one fight in three years, a paltry tune-up, on some woebegone bottom-feeder of a card, somewhere on the Gulf of Mexico. Oh, and about that buyout, it was never finalized, so his ex-promoter Bob Arum arranged to gain a percentage of his purse for each of his future fights, until the debt is paid off. Somehow, “freedom” made Ramirez poorer, more irrelevant, and more indentured than ever.

Alas, if nothing else, better days seem to be on the horizon.

In what was the first (small) step towards correcting his myriad faux pas, Ramirez, 30, blew out veteran Sullivan Barrera in a light-heavyweight contest (set for 12), dropping the Cuban three times before stopping him for good in the fourth round at 1-38 on July 9 at the Banc of California Stadium. Referee Thomas Taylor halted the bout after Barrera’s corner pleaded mercy. This was Ramirez’s first fight under Golden Boy Promotions, though, only time will tell if this partnership will help him to recover the money and opportunities he has so foolishly lost on his own accord.

The fight itself was a cakewalk. After a quiet first two rounds, Ramirez whipped a left to the body of Barrera in the third, causing the normally durable gatekeeper to turn his back and take a knee.

Ramirez, often criticized for his tepid pace, did not let up in the next round, landing another body blow that forced Barrera to touch the canvas. He followed up with yet another gut punch, a knifing right to the left flank of Barrera, who, after a delayed reaction, crumbled to his knees for the fourth and final time.

Joseph Diaz put on an auspicious performance in his debut at 135 pounds by turning back veteran Javier Fortuna after 12 rounds of an all southpaw battle on the undercard (Golden Boy promoted).

Judges Michael Tate (117-110), Karen Holderfield (116-111), and Zachary Young (115-112), all scored the bout for the Los Angeles native Diaz, who overcame an cut from a headbutt and early point deduction by referee Raul Caiz Jnr. for punching behind the head.

The win had redemptive significance for Diaz, as he had been stripped of his 130-pound title in his last bout, a draw, against Shavkatdzhon Rakhimov in February after failing to make weight. He did not hesitate to fight Fortuna after Fortuna’s original opponent, Ryan Garcia, bowed out due to mental health issues. Now, Diaz is a major player in one of the most competitive divisions in the sport.