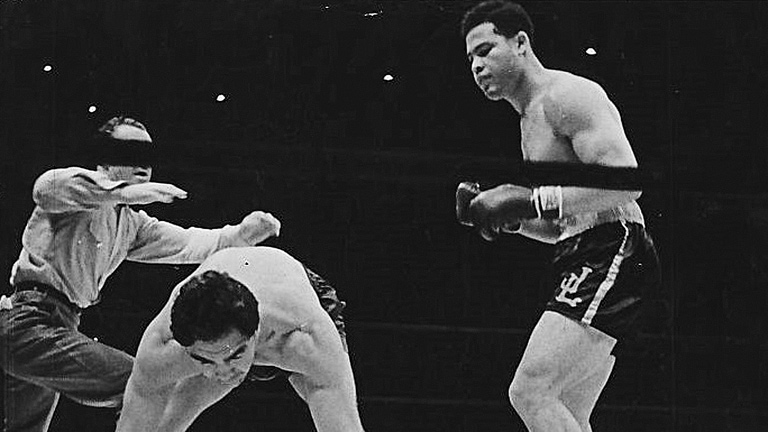 George Gigney lists 10 of the best revenge missions in boxing

Having lost his unbeaten record to the manic Panamanian, Leonard dazzled in the rematch, forcing the infamous ‘No Mas’ incident.

Though the second meeting in this historic trilogy was the least exciting, it saw Ali draw level with his closest rival.

This epic rematch was interrupted by the bizarre ‘Fan Man’, though that didn’t stop Holyfield from regaining his world heavyweight titles.

McCall stunned Lewis in their first meeting, but broke down in tears and refused to fight when they met for a second time.

Gatti boxed with more discipline to outpoint Ward and set up a third fight of arguably the most thrilling trilogy of all time.

Patterson became the first fighter to ever regain the heavyweight crown when he wrecked Johansson.

A slight exception to the rule as this was their fourth meeting, but Marquez finally conquered the Filipino with a chilling knockout.

Having lost to Morales at super-bantam, Barrera gained revenge in a featherweight thriller.

These two warriors produced another cracker in their return, which saw Froch prevail in London.