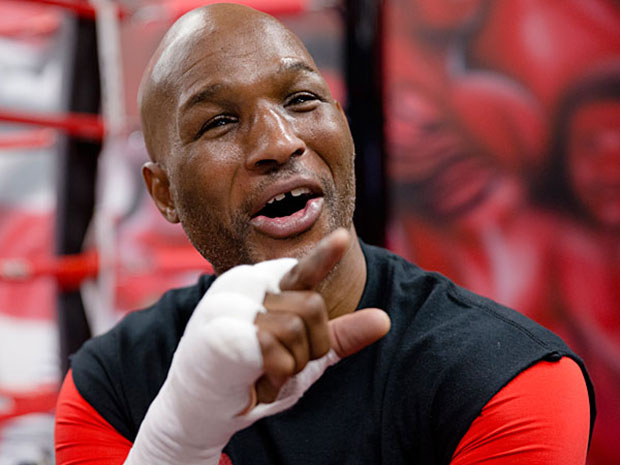 BERNARD HOPKINS will take on feared slugger Sergey Kovalev in November providing the unbeaten star gets past Blake Caparello tonight. The contracts for the light-heavyweight unification showdown, that will match Hopkins’ WBA and IBF titles with Kovalev’s WBO strap, were signed on Friday – just 30 hours after discussions began.

Hopkins, 49, is keen to unify the division before retiring and defeating Kovalev, 24-0-1 (22), would be a scalp to rival the finest on the veteran’s legendary CV. Presuming the Russian – who annihilated Nathan Cleverly to win his title – overcomes the little-known Caparello in Las Vegas, and he is a big favourite to do so, the bout with Hopkins looks likely to land in Atlantic City on November 1, 8, or 15 at Boardwalk Hall.

Kovalev’s promoter Kathy Duva worked alongside Golden Boy to secure the fight which will be shown in the US by HBO. It will mark the first time that Golden Boy have appeared on the network since falling out with them three years ago.