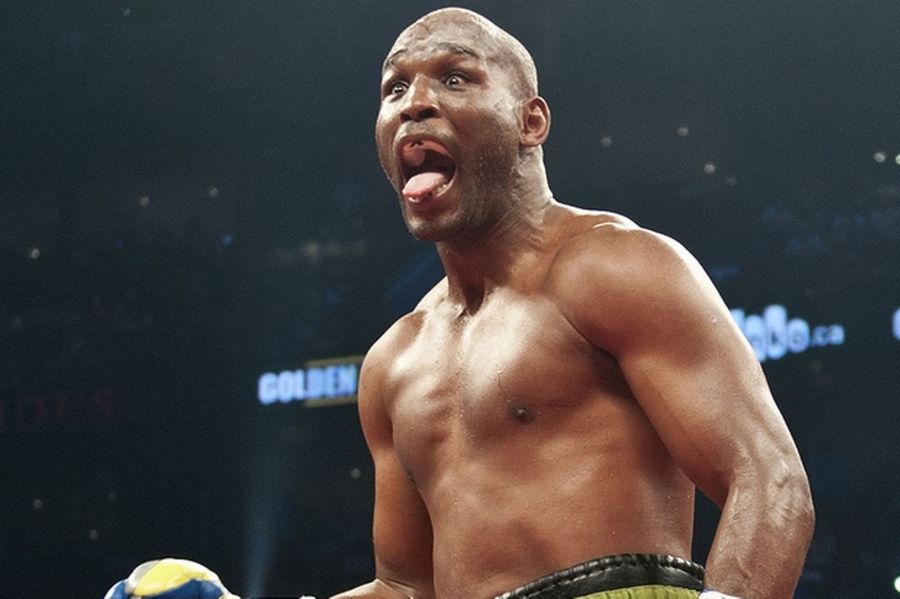 FIFTY-ONE-YEAR-OLD Bernard Hopkins (55-7-2, 32 KOs) will return to action in a non-title match on December 17th at The Forum in Inglewood, California. His opponent will be Long Island, New York native, Joe Smith Jr. (21-1, 18 KOs).

Hopkins, who holds the middleweight record for the number of world title defenses with 20, will be coming out of a two-year layoff to fight a man nearly 25 years his junior.

In his last outing, “The Executioner” was knocked down and outclassed by Sergey Kovalev, losing every round on each of the judges’ scorecards.

“While ‘The Alien’ may be retired, the ‘Executioner’ has one fight left, and Joe Smith Jr., is going to find out the hard way how well prepared I am for my final fight,” said Hopkins. “A lot of people will focus on my age, the history of my run in the sport, the titles, etc…but I’m focused on one thing – knocking Joe Smith out.”

Hopkins’ opponent, Joe Smith Jr., will be following up on his sensational first round knockout victory over former WBC International light heavyweight champion, Andrezj Fonfara, in front of the Pole’s adopted hometown fans in Chicago, Illinois.

“I’m very excited about fighting on HBO,” said Joe Smith Jr. “I know now all my hard work and dedication has paid off.  I am looking forward to retiring a boxing legend”

The bout, which will be promoted by Golden Boy Promotions, was slated to support the Orlando Salido – Takashi Miura fight card. However, with the main event officially canceled due to a Salido back issue, Hopkins farewell match may be awarded top billing on HBO.

“For any generation and in any sport, Bernard Hopkins is an athletic marvel who has defied time and the odds as deftly as he has his critics, and he returns to HBO for the 23rd time when he faces Joe Smith in the iconic setting of the Forum in Inglewood, CA,” said Peter Nelson, executive Vice President, HBO Sports.  “Bernard’s mark on the sport is already an indelible one, and one day he’ll be enshrined in the Hall of Fame.  Dec. 17 will be a memorable night of boxing for everybody associated with Team Hopkins, and we are excited to telecast his farewell fight.”