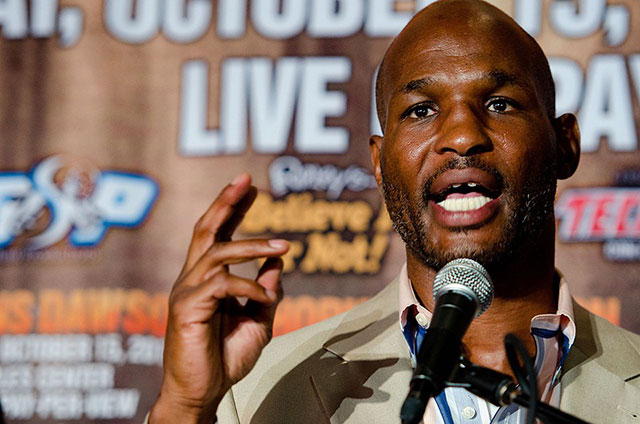 The legend seeks a title in a third weight class, Mike Coppinger reports.

NEW YORK — The legend wants one more fight in his storied career, and he plans to be 51 years old when it takes place.

Bernard Hopkins told USA TODAY Sports on Tuesday that negotiations are underway for a bout against WBO super middleweight champion Arthur Abraham. A victory would give the future Hall of Famer a title in a third weight class and would mark his only bout at 168 pounds.

Click here to read Hopkins’ analysis of the matchup.