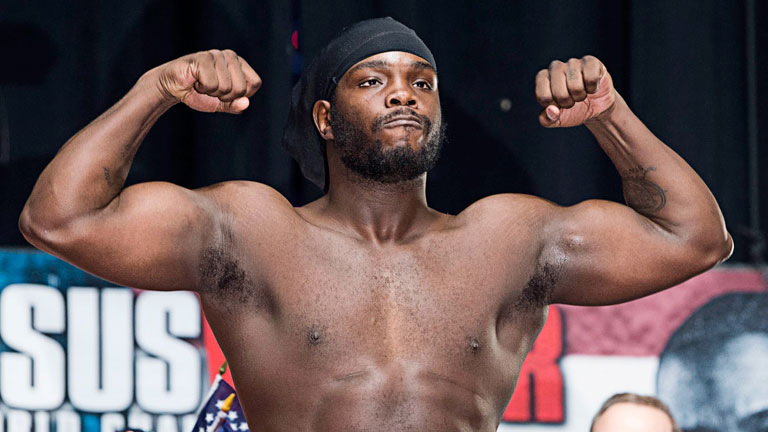 BERMANE STIVERNE has failed a drug test ahead of his December 17 meeting with Alexander Povetkin, though the WBC are still allowing the fight to go ahead.

The two heavyweights will meet in an eliminator to determine who will become mandatory challenger to Deontay Wilder’s WBC world title.

However yesterday the organisation announced that on November 4 Stiverne had tested positive for the banned substance dimethyamylamine. Under the WBC’s Clean Boxing Program he was fined $75,000 – but will still fight Povetkin in Russia.

The Voluntary Anti-Doping Association – which conducts all of the WBC’s drug tests – will design a specific, more stringent protocol for Stiverne ahead of the fight, the costs of which he must pay for himself.

The 38-year-old claims he ingested the post-workout recovery supplement SUPERPHARM without knowing it included dimethyamylamine, but under VADA’s rules an athlete is responsible for whatever goes into their body. The WBC took into account that it was Stiverne’s first offence when making its ruling.

Earlier in the year Povetkin’s mandated fight with Wilder was scuppered after he failed a drug test shortly before the contest, however due to the minimal amount of banned substance meldonium in his system the WBC have allowed him another chance at becoming their No 1 challenger. Povetkin still denies any wrongdoing.