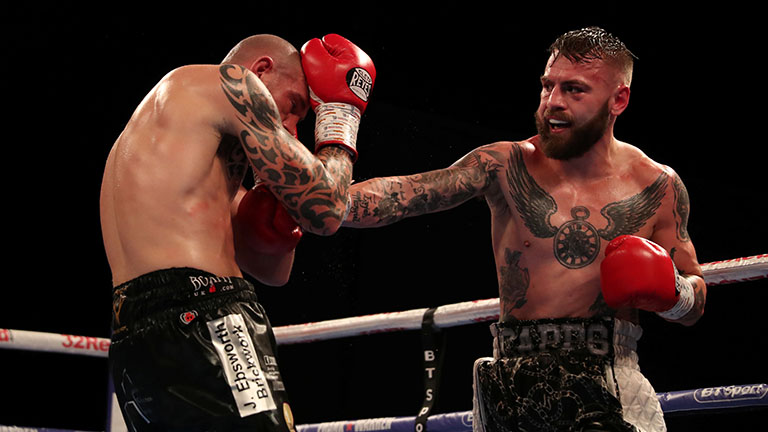 PROFESSIONAL boxing made its debut at state-of-the-art AJ Bell Stadium on the very banks of the Manchester Ship Canal with this five-bout show, which saw not a round being dropped in the evening’s two six-rounders.

Zimbabwe-born Bembere switched this way and that, not always successfully, in an attempt to evade Ben’s advances. While never in particularly big trouble, he finished with a bump above the left eye after heads clashed late on.

Hague, with Lee Beard in the corner, bloodied Mooney’s nose slightly en route to victory and the Worcester man finished marked under the left eye too.

There was an interesting battle of moustaches in the four-round super-middleweight clash between Stockport first-timer Jack Booth and Lydney road warrior Lewis van Poetsch. Well-supported Booth, trained by Matthew Hatton and dubbed “Jack the Ripper” was the recipient of a 40-37 decision victory at the finish.

A hospital porter whose debut had been put back following a hand injury, Jack looked strong throughout and could well be worth keeping an eye on.

Last of the shorter contests saw Ireland’s Liam Gaynor, boxing out of Bolton under the guidance of Alex Matvienko, come out on top in a watchable tussle against Brett Fidoe. The Evesham terrier surrendered some early ground to the Tallaght native but ensured that things remained a good deal closer in the second half.

The Verdict Nice to see every visiting boxer having a go.