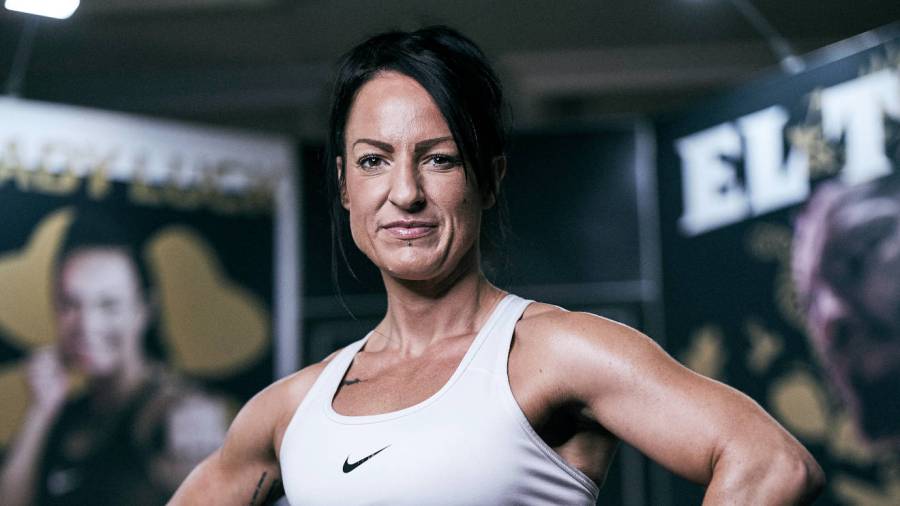 The story of Bec Connolly should shine a light on a problem faced by too many boxers in the last 12 months, writes Steve Bunce

SHE is fierce and honest about the problems of being a boxer on the wrong side of the card during Covid. Bec Connolly has fought 11 times, won three and had just the one fight last year. She is, in many ways, one of the lucky boxers, one of the boxers to actually get a payday behind closed doors. In Britain about 900 boxers missed out.

It’s a hard life having to make ends meet for a modern boxer without work and with all hope of a fight or two or three somewhere off in the distance.

There is another way to nick a living in the boxing ring if you are not one of the prospects or champions or protected fighters. Brett Fidoe has so far fought three times behind closed doors; Scott Williams has also had three; Fidoe had four in the 10 weeks before the first lockdown last year and somehow Williams managed to lose five in that period. They know their role, they are designated losers on the night, part of a breed.

And that is not what Bec Connolly wants to become.

“I am not and never will be a journeywoman,” insists Connolly. “But I will take on any woman regardless of the odds stacked against me.”

The fight she took last year was the inevitable consequence of small, non-televised shows vanishing and the need to make a few quid. Connolly was selected as the opponent for the debut of Ellie Scotney, over six rounds. She lost, but returned with the cash and a small nick by her right eye. She lost on points.

“It was just great to be back and to be making some money,” added Connolly. “It was clear I had ring rust, I had been out for nearly a year and there had been a lot of changes behind the scenes.”

Her previous fight had been another loss, this time over 10 rounds against Rachel Ball: four months before that she was beaten in four rounds by Natasha Jonas. In 2018, Connolly lost to Terri Harper. It is hard to see where the Lady Luck nickname came from, she has been fighting the hard way from the start. Her struggle to not get labelled as a ‘journeywoman’ is hard; the difference is that Bec still believes, still has that desire to be somebody, to be a contender. Yep, that old quote.

Connolly also has four children, aged nine, 10, 14 and 15 and that has been a juggling act for nearly a year. She is a rifleman in the army reserve and during the year of lockdowns – away from the boxing – she has not refused any type of work and that is a tale I have heard a hundred times since last March. There were stories of Savannah Marshall looking at a job stacking shelves in a supermarket last April; today she has a new sponsorship deal and a fight with Claressa Shields is being discussed. Connolly lost her sponsorship deal last year, another Covid victim and a drop of over 300 quid each month. It all counts, never forget that, and when nothing is coming in, that money can change a life.

“I was called up at the start, mobilised last year,” said Connolly.

After that initial four months as a reserve, it seems like it was free fall for Bec and her boxing dreams and hopes. She was part of a massive problem inside our industry: There was not a single plan for a rainy day. Her kids needed home schooling, the fights vanished, her one-on-one clients went and she was left waiting by a phone and looking for any job. Her plans for six fights in 2020 were ruined and she is not convinced that small hall boxing will be back to normal during her career. Bec is 36 now, a pro since 2017.

“During lockdown I have been a forensic cleaner, I have been a scaffolder for a week and I have a week booked as a labourer,” Connolly added. “I’m open to any suggestions, anything. It’s been an eye-opener and it has made me even more determined to get back fighting, get back to what I love doing and get some wins this year.”

Connolly has walked that fine boxing line between being independent and being sensible about taking fights for money; if she fights local – as she says, “at home” – she picks up a lot of costs and can actually not make any money, and the other way inevitably leads to her being labelled as the opponent. She knows that being the ‘home’ fighter when you have to sell tickets and pay for your opponent is a great risk. It is a risk that can actually cost you money – not only can you fight for free, you pay for the right to do it. It’s the way part of our business works, and for Connolly, who still has ambition, it’s a conflict, that’s for sure.

She waits by that phone, waiting for a new job in the building trade or a return to the ring. She has her eyes fixed on a couple of the sport’s glamour boxers. She waits right now for news, she is ready.

“I could touch my toes and scrap tomorrow at super-feather,” she told me. “I would need three weeks for anything else; ideally, I would like six weeks and then you would see some lovely boxing. I just want the chance to fight.” She can do bantamweight, she insists.

The Bec Connolly boxing tale is a real story from inside the Covid world of sport, a nice tale of a fighter, mother and grafter just trying to make a living. It’s my type of story.