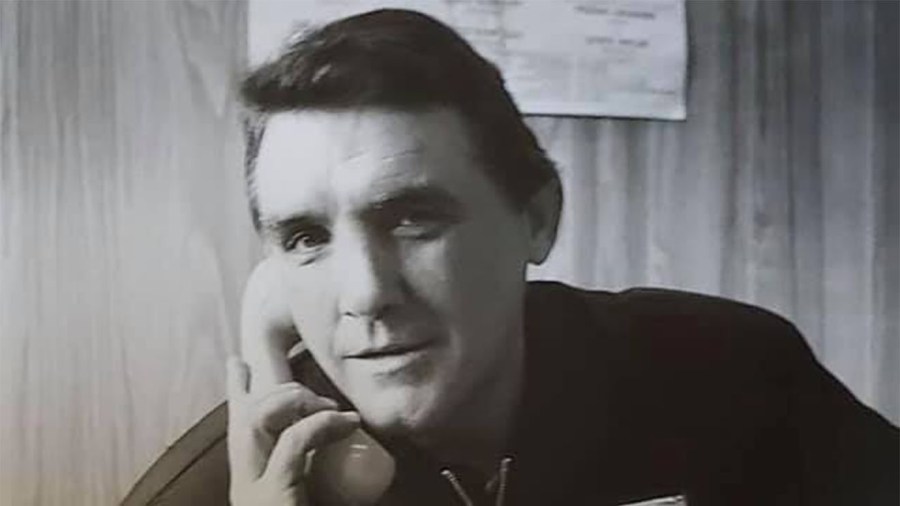 Daniel Herbert remembers his friend Beau Williford, who made a bigger impression out of the ring than in it

BEAU Williford is the man who once fought a bear – and that’s not the best story he had to tell.

A half-century occupying every role in boxing left the American with many tales worth regaling; a conversation with Beau was like a well-informed insider reading you the chapter of a well-written, informative book.

Williford will tell no more stories after dying of cancer and renal disease in his adopted Lafayette, Louisiana hometown on July 31. Some sources gave his age as 69, others 72 – which would fit better with the established facts about this Southern gentleman.

I first met him in the early 1990s, when he was bringing good Louisiana pros like Chad Broussard to the UK. At first our friendship was limited to long phone conversations, before I eventually visited him at his home in Lafayette. He was a genial host, great company and a mine of information.

Fans on the Eastern side of the Atlantic will know him for training Deirdre Gogarty, the Irishwoman he took to world champion status when the female sport was ignored and derided; Colin McMillan, the future world featherweight champion; and Glenn McCrory, the IBF cruiserweight king.

He also worked with just about every fighter of note in Lafayette, a surprising hotbed of boxing roughly halfway between Houston and New Orleans. When Beau showed me around Lafayette we could never go far without encountering someone he knew through boxing; a fighter he’d trained, or promoted, or a businessman he’d persuaded to sponsor one of his shows.

In 1982 he founded the Ragin’ Cajun Boxing Club, where novice amateurs rubbed shoulders with seasoned pros (common in the USA – no pro/am distinction there). He was always available to give advice, and Beau never indulged in sugar-coating the message: he would tell you what you needed to hear, not what you wanted to hear.

Despite the Lafayette connection, Beau was actually from Fayetteville in North Carolina. Born Mabon Leslie Williford Jr, he quickly picked up the nickname Beau because of his good looks.

After a spell in a military academy in Virginia, this boxing-obsessed youngster decided he wanted to be a fighter. So he wrote to Al Braverman, the veteran New York manager and trainer, who invited him train with his pros in Jersey City. One of them was Chuck Wepner, later to fight Muhammad Ali for the world heavyweight title.

In the 1970s Beau sparred future world champ Larry Holmes at Gleasons gym in New York City, yet his professional record is shrouded in mystery. BoxRec says 4-4, with three wins and three losses inside the distance. His debut date is listed as October 1968, which fits better with the 72 age at death, with another fight the following month and then nothing until a six-bout burst of activity between 1976-79.

Beau always insisted he had a lot more fights than his official record – many in Southern states, where boxing was less regulated and small town shows often went unrecorded. The fight with the bear happened at a state fair or some such – I forget which – and was no doubt a bit of fun.

Some fights definitely happened. In June 1976 at Oklahoma City’s Red Carpet Inn he was stopped in three rounds by Ron Stander, who in 1972 had challenged Joe Frazier for the world heavyweight title. Years later, Beau ended up accompanying Stander to a fight against Roy “Pretty Boy” Shaw in London. Beau told me he only realised it was unlicensed when the (gangster) promoters gave him the £40,000 purse in a plastic carrier bag.
Beau’s last listed fight came in April 1979 at the Los Angeles Olympic Auditorium against Mircea Simon, a Romanian defector who’d won silver at the 1976 Olympics. Beau was stopped in two rounds, with the Los Angeles Times reporting that he was “game, too game”. It also described him as like a “hunk of raw meet at feeding time at the zoo”.

I posted the full newspaper clipping – found in the BN archive – to Beau and not long after received a phone call from him. I expected a complaint, but instead he chuckled: “Yeah, that’s pretty much how it was!”

Yet if he wasn’t a great boxer, Williford would go on to achieve much more as a trainer, manager and promoter. Among the many important US names he coached was James “Quick” Tillis, the Oklahoma cowboy who in May 1986 became the first man to take Mike Tyson the distance.

Years later, long after Tyson had won and lost the world heavyweight title, Williford insisted Tillis had done enough to win the 10-rounder. “It was in Glens Falls, New York, which was Tyson’s back yard,” he said. “When they announced Mike as the winner, I couldn’t believe it.”

Through the Raging Cajun club, in recent years Beau organised the annual Louisiana Golden Gloves Championships. At his invitation, I attended the 2014 edition and while the intimate hotel ballroom setting was a long way from the pro big-time, it was clear Beau got just as much satisfaction from staging this event.

And when it came time for Louisiana’s champions to contest the next stage of the national Golden Gloves, Beau drove them all the way to Little Rock, Arkansas and back – about 350 miles and six hours’ drive each way. That’s the sort of dedication to helping local youth that made Beau so respected in Lafayette and elsewhere.