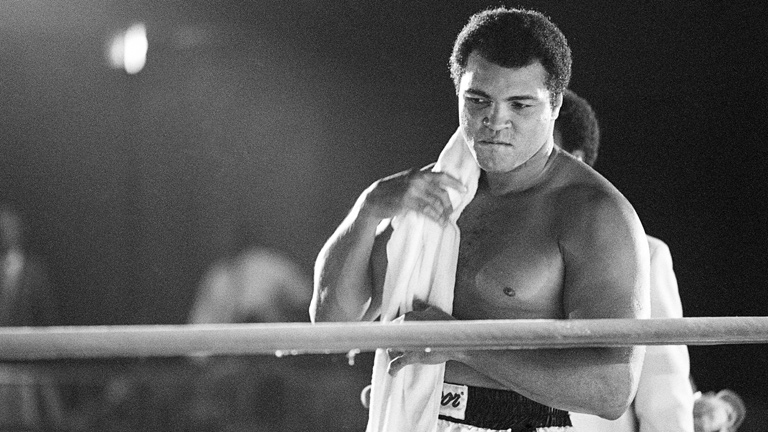 45 years ago today we saw a huge heavyweight upset and the birth of an intense rivalry writes James Slater. Is Ali versus Norton an omen then for Joshua-Parker?

MUHAMMAD ALI and Ken Norton, who fought three engrossing battles over a three-year spell, have both left us; Norton passing away in September of 2013, Ali passing away in June of 2016. The three times Norton fought Ali, fans saw Ali pushed to the absolute limit. The first bout in the trilogy took place 45 years ago today and for the first of three times, the great Ali found out how rough, tough, skilled and relentless Norton really was.

For despite his speed (even in his early 30s), his balance, his grace and his other numerous qualities, Ali was never able to get to grips with the “awkward” style (a term Norton himself disliked, as he said it suggested he was unskilled) of Norton.

Ali’s legend is of course deified today, but back in the early 1970s, when he first fought Norton, a colossal underdog, his critics were still very much out in force. The so-called ‘draft dodger’ would get what these people (the term today would be “haters”) knew was coming to him when he fought the brave, non-trash-talking ex-marine in San Diego on the evening of March 31st, 1973.

Ali, not in the best of shape but at the same time not out of shape, endured a painful 12-rounds with the Eddie Futch-trained Norton (Futch being a fine trainer who seemed to rise to the occasion when it came to preparing his heavyweights to either go into a gruelling physical battle with Ali (Joe Frazier) or befuddle him (Norton).

Legend STILL says that Ali, caught talking, his mouth open, got hit by Norton in the second-round, his jaw being broken. To his dying day, Norton insisted, with plenty of logic, that no way could Ali have endured a further ten rounds of being punched (and Norton hit Ali plenty) with such a serious injury. No, the break occurred late in the fight, Norton always insisted, around the eleventh-round. In any case, Ali was fighting for his very survival and, in great pain, he did manage to survive to the final bell 45 years ago today.

Norton was the clear winner, even if one judge, astonishingly, scored the fight in favour of the ex-champion who was seeking a shot at the new heavyweight king, the ‘unbeatable’ George Foreman. Norton didn’t care about the poor scoring; he had won the biggest fight of his career and his life had changed overnight. As the immaculately conditioned fighter with the crab-like style put it himself, he was, “on cloud ten, as nine wasn’t high enough!”

Norton always had great respect for Ali, perhaps this is why he was never to fall victim to Ali’s pre-fight and mid-ring trash-talking; insults Norton later referred to as “juvenile.” “I didn’t fall for anything he said,” Norton correctly stated. Whereas Ali was very much able to get under the skin of a Joe Frazier or a George Foreman, Norton was way too smart to bite and use up precious energy whilst doing so.

The two met again, six months later (a rapid return considering the jaw injury) and Norton pushed Ali to the absolute limit a second time. Ali, his career and any chance of a shot at the title on the line, scraped by with a split decision, winning over 12-rounds to gain revenge. This loss was the only one a retired Norton would later say he agreed with when it came to his three encounters with Ali.

Ali would indeed go on to challenge Foreman, shocking the world with a KO win he never came close to scoring against Norton in two nip-and-tuck fights. This great Ali win came, of course, after Foreman had bludgeoned Norton to a crushing second-round defeat in a title defence that came around six months after Kenny’s second fight with Ali. Talk about styles making fights. Never in the history of the heavyweight division was this more apparent. Ali could never floor Norton, not even if they had had 50 bouts, yet Norton could never stand up to the power of Foreman the way Ali did.

Norton bounced back from the thrashing “Big George” administered in Caracas, Venezuela and, after winning seven fights on the bounce (including a good win over Jerry Quarry) he got his third and final chance at Ali; this time with the crown at stake. What happened at Yankee Stadium in September of 1976 still causes huge debate. There were, and are, plenty of fans and experts who claim Ali had no right at all to walk away with his belt intact after the 15 tough, “awkward” and tiring rounds he experienced at the hands of Norton over 40 years ago.

Plenty of Ali supporters argued, and continue to argue, how the great man had done enough to have won the fight – interestingly scored as a unanimous decision in Ali’s favour, the widest win he ever scored over Norton. But Norton was inconsolable, breaking down and crying in the ring after the decision was announced. It might have been Norton’s own fault, or the fault of his corner, as he took the final round off as per instructed, so sure were his team members that he had the fight won and didn’t need to take any chances (this last-round advice being right up there with the unfathomable advice Meldrick Taylor was given before going out for the 12th-round of his savage war with Julio Cesar Chavez, when despite being miles ahead, Taylor was instructed to fight hard to win the final three minutes).

Ali won by a single point on the cards of two judges, and by two points on the card handed in by the referee. Had Norton gone all out in the 15th and won it on those two cards (and he later said he was not at all tired at that stage of the fight) the title would have changed hands. Norton later said he never again trusted boxing judges.

Three fights, 39 rounds of action, and Ali never came close to dominating Norton the way he dominated so many other great fighters.

Might we see the beginning of an ultra-competitive heavyweight rivalry tonight in Cardiff, Wales?