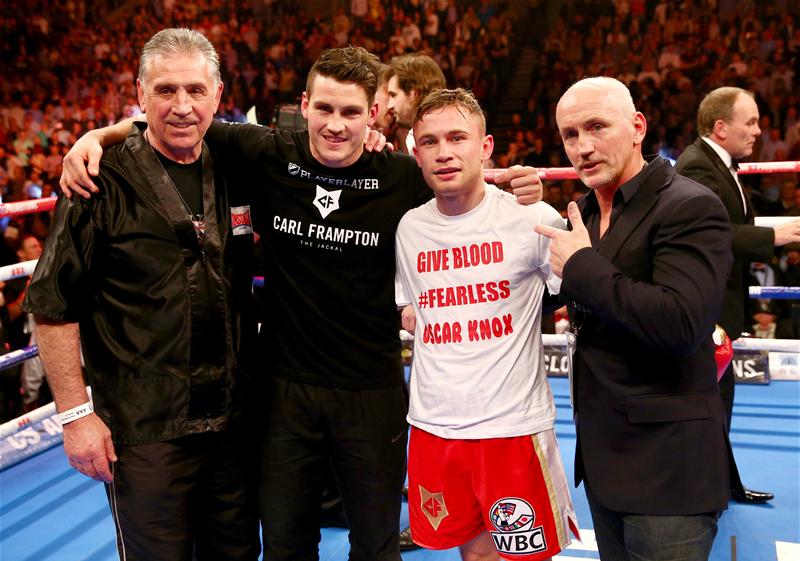 Frampton fights the marauding Mexican at the Barclays Center in Brooklyn, New York, and McGuigan is expecting a dramatic meeting.

“After Carl defeated Scott Quigg and became a unified champion at 122 pounds, we believe that all of the exciting fights in that division have passed. We want to be involved in exciting fights,” he said.

“The Quigg fight wasn’t as exciting as we would have liked, but we knew it was going to be like that. We knew he’d come on late in the fight and we had our tactics planned well. This is going to be a much better fight because Santa Cruz is brave and takes chances. He also has underrated boxing skills.”

McGuigan’s son, Shane, trains Frampton and the team have already decamped to New York in a bid to acclimatise to the new setting.

“Santa Cruz is a great fighter. He’s low-key, humble and he hasn’t talked trash. This will be Carl’s hardest fight. It feels great to be involved helping Carl reach his maximum potential, it’s the second best thing to being in the ring yourself,” he said.

“We believe 100 percent in Frampton’s ability to win this fight and that he will be successful on fight night.

“There are some great fights out there for Carl. We’re 100 percent committed to July 30 but there are lots of great fights in the featherweight division. We will have lots of support on fight night and I have no doubt there will be a large Irish crowd there to support Carl.”