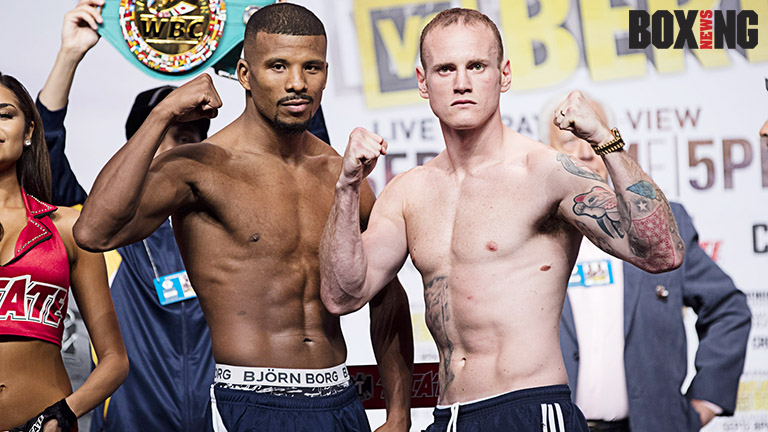 In an ideal world, the sport of boxing would have a calendar full of match-ups between the best fighters in each division. Fight fans have been, and will be, treated to a few of these bouts in 2016- Linares v. Crolla, Kovalev v. Ward, Crawford v.Postol – but it’s never enough to quell their insatiable appetite.

A unification bout between WBC World super middleweight champion, Badou Jack, and IBF belt holder James DeGale certainly falls into that category. But the biggest fight at 168lbs has yet to be finalized despite reports that it is, effectively, already a done deal.

Boxing News caught up with Badou Jack between training sessions at the Mayweather Boxing Club, and learned a bit more about the Swede as he bides his time.

Regarding camp and the waiting game:

‘After Groves, I was supposed to fight Chavez Jnr and he pulled out so I think i was out of the ring for 8 months. It was a pretty long layoff. For the Bute fight, I started camp way too heavy and for this camp I’ve been down to New Orleans and met with one of the best strength and conditioning coaches out there. He gave me a good meal plan, he did a test to measure my body fat with doctors. At this camp, my weight is pretty good right now and I feel good. I’m just waiting for the date and I’m excited to get back in the ring.’

On his toughest challenge to date as a professional boxer:

‘I felt comfortable in my last three fights and those were my three toughest opponents on paper.  But I feel like I clearly won all of those fights. The closest one, though, was probably the Groves fight. I’m not saying that he’s the best fighter out of all of them but that was a tough fight. They’re all good in different ways. George Groves had good movement and he’s pretty fast.’

On his proudest moment to date:

‘When I beat Anthony Dirrell for the title. That’s when I became a world champion. Everybody wrote me off because I had a little accident, my loss… I got caught cold. Shit happens. But winning that title fight is my proudest moment.’