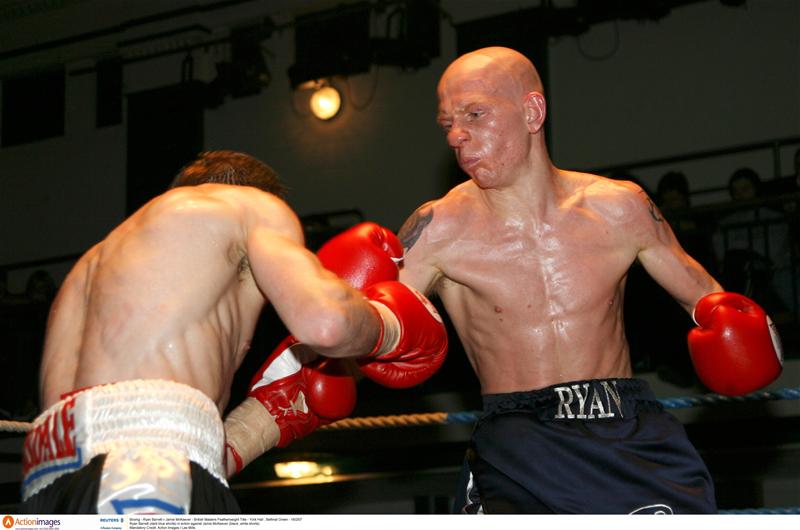 A THAMESMEAD boxer, who suffered a stroke back in April of last year, is slowly getting his routine, independence, and life back on track.

Ryan Barrett, of Gumshield Gym – Eltham, is combating the bad omens that forced him into early retirement, by jumping back in the ring, and sharing his expertise with others in the sport that he loves.

This is a stark contrast to mere months ago where Ryan lay bed-bound. Unable to rest, due to an onslaught of unbearable migraines.

“It felt so unnatural to me,” said Barrett. “I’m a man of routine, I’ve lived my life by it. And to have that taken away from me was devastating… debilitating.”

It was a daily struggle for Ryan to be up on his feet for longer than two hours. That, coupled with the responsibilities that come with being a father of two, made recovery a high hurdle to jump. Adding to all of this, Ryan couldn’t come to terms with the unavoidable truth – his career was over.

“I couldn’t get it out of my head,” confessed the 32-year-old. “ I had never thought about life after boxing, and here it was, just thrown on me. I had no time to prepare.”

After continued support from Kings College Hospital as well as family, friends, and past opponents, Ryan was determined to turn his misfortune into something positive. He came to the conclusion that a return to the gym, in a bid to begin the next chapter of his boxing career as a trainer, would be a small victory.

“I received a message from Amir Khan,” Barrett revealed about the fighter who beat him in 2006. “That meant a lot to me. For him to take time out of his training is a true testament to the spirit of boxing and the respect we have for one another as fighters. It was certainly one of the things that rejuvenated my fighting spirit.”

Ryan decided to approach his road to recovery with the same mentality that he would training for a fight, but substituting his end goal of making weight, with his new goal of becoming a trainer.

Ryan hasn’t looked back in the short time since he made that choice, and is currently back in Gumshield Gym, training a talented roster of fighters.

Every day brings with it new challenges, and although Ryan hasn’t had a repeat of his health scare, he knows only too well of its apathetic randomness, so keeps within his physical limits.

The benefactor’s of Ryan’s new coaching chapter include: Rising Algerian star Djamel Dahou, the current WBC Youth welterweight champion; Chas Symonds; Junior Saeed; and Louie Christie, the son of former middleweight prodigy, Errol. It is a youthful team, with a tremendous amount of talent. And Mr Barrett is certain of their impending success.

With the memories of a vibrant professional career to call upon at a moment’s notice, Ryan is happy to part with his fighting days. A new lease of life has been granted to the 32-year-old, and he’s grabbing it with both hands.