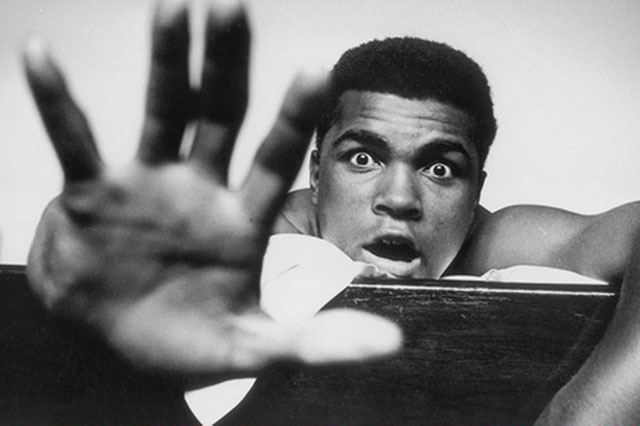 THERE are a few things professional boxers might tell you about themselves that should have you reaching for the salt cellar.

A boxer who tells you he gets stronger as the fight goes on is always talking through his rear end (it is physiologically impossible: in reality, what might happen, is that his opponent is getting weaker, quicker).

Likewise, a titleholder who loses his crown after being outboxed and then complains that he deserved to win because ‘you have to take the fight to the champion’ is always talking nonsense (because there’s nothing in the scoring system that gives bonus points to champions or deficit points to challengers).

And a former champion who comes back from retirement and tells you he’s better than ever, is usually talking rubbish (age and prolonged inactivity invariably leave their mark – the exceptions are very few).

There’s one more claim that should prompt you to doubt the word of a boxer: his vital statistics (or hers, for that matter). Basically, never believe the height stats for any boxer, including those cited in the current Bible of boxing statistics, BoxRec (www.boxrec.com).

In short (so to speak) most boxers and their managers, promoters, trainers and publicists tend to exaggerate the height of their charges – invariably by a fraction of an inch, frequently by a full-inch and sometimes by several.

Let’s start in the middle – the full-inch brigade. Exhibit number one is the magnificent Bernard Hopkins, who, according to BoxRec and everyone else is 6ft 1ins. Really?

I first queried this (privately) nearly 10 years back when he fought Howard Eastman. The problem was that Eastman was listed as 5ft 11ins but in all their head-to-heads, and in the ring, he appeared to be exactly the same height as Hopkins. I concluded at the time that perhaps Eastman was taller than advertised.

Then in 2011 Bernard fought Chad Dawson, who was listed as 6ft 1ins – but he was clearly more than an inch taller than Hopkins.

Finally, Hopkins fought Sergey Kovalev, who’s listed at 6ft, but in all the head-to-heads and in the ring he appeared no shorter than Hopkins.
So what is the truth? Well, without wielding the tape measure myself, I can’t be certain, but one thing seems reasonably clear: Hopkins falls short of 6ft 1ins.

A more recent example comes from the Nathan Cleverly-Tony Bellew fight. The Welshman is listed by BoxRec as 6ft 1 ½ins; the Scouser as 6ft 3ins. But when they went nose-to-nose it was clear that if indeed Bellew was ever-so-slightly the taller man, it was by no more than half an inch. In other words, my guess is that Bellew is closer to 6ft 2ins, than 6ft 3ins.

Which brings us to another supposedly 6ft 3ins boxer, David Haye. BoxRec lists Haye at this height, and when I asked David, he too claimed to be 6ft 3ins.

I first doubted this when seeing Haye at a boxing writer’s dinner standing next to the Boxing News scribe George Zeleny, who is a genuine 6ft 3ins. George was evidently more than an inch taller than David.

Haye’s head-to-heads with Derek Chisora (who is generously listed at 6ft 1 ½ins) confirmed my doubts: David was no more than half an inch taller than Derek. So how tall is David Haye? My guess is 6ft 2ins, maximum.

Going down the weights there are some even more absurd examples. I’ve seen Gavin Rees listed as 5ft 7ins, although BoxRec has him at 5ft 4ins. His real height? 5ft 3ins.

And BoxRec lists Naseem Hamed as 5ft 4 ½ins when he too is 5ft 3ins.

In a spirit of honesty, accuracy and balance I suppose I should mention that there are exceptions. A few years back, when I asked Carl Froch whether he was really 6ft 1ins, he told me frankly that, in fact, he was a fraction shorter – 6ft 0 ¾ins presumably.

And there are occasional cases where boxers have their heights under-stated. For example, early in his career Lennox Lewis was routinely listed as 6ft 4 ¾ins. He was, in fact, measured at exactly 6ft 5ins.
One more: Joe Calzaghe is usually said to be 5ft 11ins (BoxRec) or 5ft 11 ½ins, but he told me he had no idea where these underestimates came from and that he was, in fact, precisely 6ft and he was willing to prove the point with a tape measure if necessary.

Still, it’s not 50-50: these cares are very occasional exceptions. There is a clear tendency in our game to over-state height (and weight when it comes to heavyweights) and it goes back as far as you like in boxing history.

Take, for example, the first-ever black world heavyweight champion, Jack Johnson, who was sometimes spoken of a gargantuan man, with accounts of his size tending to increase over the years.

I’ve seen stories on Johnson listing him as a 6ft 2ins, 220lbs behemoth, and he’s usually put at 6ft 1ins or 6ft 1 ½. Well, Nat Fleischer, the curmudgeonly founder editor The Ring, measured Johnson and found he was precisely 6ft 0 ¼ins.

I could add that by today’s standards the prime ‘Galveston Giant’ was a very small cruiserweight (his weight in his peak, in the two or three years until his title-winning victory over Tommy Burns, late in his 31st year, ranged between 184 and 192lbs).

One reason he seemed huge was because the average size of people more than a century ago was several inches shorter and several stones lighter than today.

In fact, it was common practice in those days for middleweights venturing up to heavyweight to weigh in with lead weights in their pockets (Bob Fitzsimmons did this when weighing in at 167lbs when challenging Jim Corbett and some reports said that the officially 170-pound Stan Ketchel did the same when fighting Johnson, as well as wearing padded greatcoats in publicity shots).

The heavyweight awarded the greatest mystical enhancement was certainly Primo Carnera, perhaps because he had no other notable asset. Even today the “Ambling Alp” is regularly listed as 6ft 7ins or 6ft 6 ½ins and 270-plus, but in his early career when his enormity made him something of a freak show attraction, he was sometimes said to be seven-feet tall. In fact, he was 6ft 5 ¾ins and weighed 260lbs when winning the title, and 250lbs in his previous fight.

Carnera weighed 260lbs again when he fought the 196lbs Joe Louis in 1935. “The Brown Bomber” was routinely listed as 6ft 2ins but he was, in fact, 6ft 1 ½ins – and promoters were also not beyond manipulating his weight, and that of his opponents, in his day.

When Louis fought Billy Conn for the first time in 1941 their weights were announced as 199 ½ and 174lbs. This was a thumb-suck. In fact, Louis had weighed in at 204-pounds and Conn at 169-pounds, but this seemed too big a gap for publicity purposes.

The tendency to exaggerate continued unabated, particularly regarding heavyweights. It certainly covered “The Greatest” and some of his opponents.

Sonny Liston, who weighed 213lbs when he won the world title and a bit less in his prime, was regarded as massive block of muscle in his day (which he was – relative to, say, the 189lbs Floyd Patterson).

He used to place towels over his shoulders to make them appear broader and bulkier, and he always listed his height as 6ft 1ins when, in fact, he was at least half an inch shorter – which, incidentally, made his genuine 84-inch reach all the more remarkable (that’s four inches wider than the reach of the 6ft 7 ½ins Vitali Klitschko).

Anyway, when the then-Cassius Clay first fought Sonny Liston his height was listed as 6ft 2 ½ins, which was probably close to the mark. But a year later he was promoted to 6ft 3ins. Did Ali grow half an inch at the age of 23, or was he just extended in the stats because 6ft 3ins is neater and more impressive?

Well, judge for yourself. Look at Ali next to the genuinely 6ft 3ins Larry Holmes. Ali is clearly the shorter man. Then look at him next to the 6ft 4ins Joe Bugner. “Big Joe’s” height advantage is certainly more than one inch, and it is also worth mentioning that George Foreman looks more than half an inch taller than Ali.

Foreman was another whose height was promoted. He was listed as 6ft 3ins or 6ft 3 ½ins in his first reign as world champion but when he returned we were told he was 6ft 4ins. Did he really grow half an inch after the age of 28?

So then, would it really matter if Ali was still listed as 6ft 2 ½ins and Foreman as 6ft 3 ½ins, or if Bernard Hopkins was listed at 6ft 0 ¼ins or David Haye as 6ft 1 ¾ins, or whatever they really are? The obvious answer is a big fat no.

Why then do boxers or their batmen have this perpetual urge to exaggerate their heights? What’s the point?

First, there is plain old machismo. All other things being equal (which they never are), taller men are considered more manly, more deserving of respect.

Second, there are signature heights considered to be just-right. One of those is 6ft 3ins. Another is 6ft.

Third, there’s the demand for neatness and symmetry. Halves, quarters and three-quarters sound too irritatingly unsatisfying.

Of course, none of this counts for very much at all. Pedantic people like me get unnecessarily agitated by inaccuracies of this kind but like most dimensions of the statistical side of boxing, it really adds nothing at all to our appreciation of disdain for a particular fighting man.

The precise figure is nothing more than garnish.