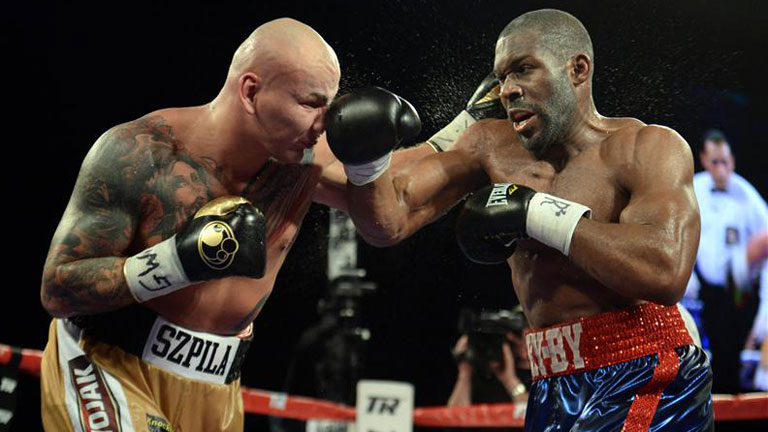 Szpilka looks forward to taking on Wilder. Read his promise in his own words

EVERYTHING is great. Everything is fine. To be honest, I cannot wait to start this whole commotion. Especially I am waiting for the moment that I will be able, for the first time, to look in Deontay’s eyes, and be in the middle of this whole fight week preparation, and fight week craziness.

For now I’m just ready to step into the ring. I also like to fight taller fighters. All the time when I’m spending time in Houston with my trainer, this is what we train for. I understand the training is not the actual fight. But I always liked the taller fighters.

Whatever Deontay is saying just makes no sense. I don’t believe in his words, and I will be able to prove it in the ring on the 16th. But for now, it’s just talk by Deontay.

There is no doubt that my crowd, the Polish crowd, will be predominant on January 16 in Barclays Center. They will be like additional gloves in the ring for me. They’re going to carry me to be a winner, to be a champion, something special. I’m going to fight also for them.

This is the most important part of this fight for me, not even to become a world champion. It’s not about that. It’s about to be part of the history; becoming the first Polish heavyweight champion; to be the one when, even after I’m going to be dead, people are going to say, oh, this was the Szpilka guy, the guy who was the first Polish heavyweight champion. This is what I want to do, and this is what I’m going to prove to everybody on January 16.