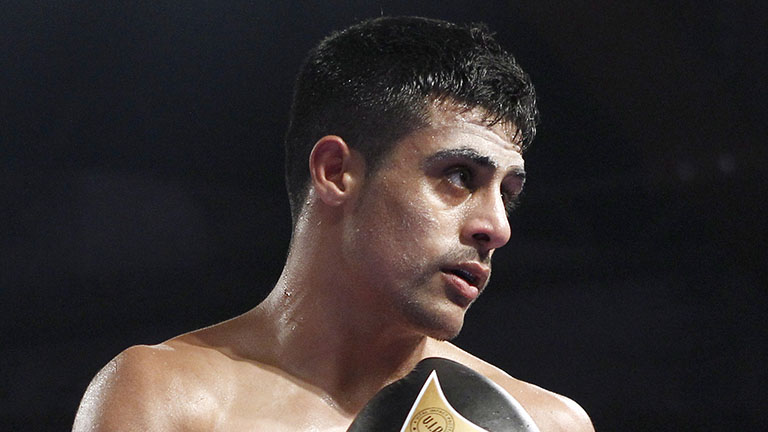 DESPITE losing almost half of its eight scheduled bouts in the week prior to the show, this Sunday afternoon Frank Duffin promotion at the Municipal Hall certainly wasn’t lacking in atmosphere.

The number of tickets sold was undoubtedly hit by the late withdrawals, with just a smattering of punters on the usually packed balcony – but the five home boxers who did remain all boasted their own noisy pockets of followers. Just as well, though, that there were few if any supporters of the afternoon’s visitors who, pretty much as expected, failed to win a single session.

The one shared round of the afternoon came on the card’s only six-rounder, a light-heavyweight encounter between Fleetwood’s unbeaten“Dangerous” Dan Catlin and Llanelli-based Pole Robert Studzinski – but even that was wiped out when Robert, who spat his gumshield several times, was counted by referee John Latham in the dying moments of the second when after been tagged only the ropes kept him from going down.

Clash of the afternoon was the four between local lad Sam Larkin, who worked well behind the jab to open an early lead, and Hull’s Luke Fashwho, increasingly feisty, didn’t find favour with all of the locals.

Those watching with an unbiased eye however enjoyed the fare with Larkin a worthy winner, but made to work.

Jamie Kirkpatrick was the third man, as was the case when Accrington’sArtif “Sniper” Ali opened proceedings with a shut-out four round success against Islington’s Jules Phillips. What Artif will have learned from the exercise is open to question.

The two remaining contests, the first refereed by Mr Latham and the second by Kirkpatrick, brought 40-36 victories for Blackpool’s unbeaten Alex McCloy over Glasgow’s still-winless Gary McGuire and for popular Earby novice Josh Holmes, who dominated throughout against Braintree’sDylan Draper.

The Verdict A truncated version of what was initially planned but the fans still enjoy it.