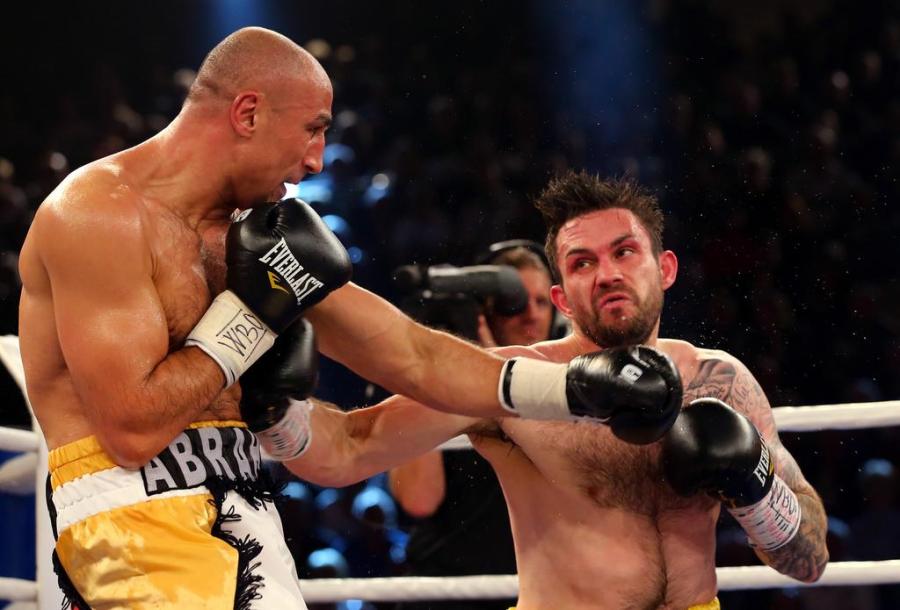 SOMETIMES you just have to wonder in the world of boxing what goes on inside the head of a professional judge when they produce a card that shows no relevance to the fight they are scoring.

Last night in Kiel, Germany WBO 168lb champion Arthur Abraham and Liverpool’s Paul Smith battled for 12 close rounds. There is no doubt in many rational minds that the fight could have gone either way, but when the ring announcer came up with two tallies of 117-111 and an even worse 119-109 scoreline for the champion, most pundits and fans simply shook their head in disgust. Something stinks here, let’s not mess around. A 9-3 score for Abraham is bad enough, Abraham did not throw enough punches in this fight to win nine rounds. To have him winning 11 rounds, though, illustrates total incompetence.

The three judges for this fight were from the USA, Spain and Hungary. The WBO President Paco Valcarcel tweeted this on Friday “What really improves boxing is more qualified officials and executives.” I’m sorry but 11-1 in rounds in a close fight makes a mockery of that statement. Fernando Laguna of Spain is the offending party here with that awful score. The other two are not much better Mr Waleska for USA and Mr Zoltan Enyedi from Hungary. What is apparent is that the WBO President should be investigating these rotten scores. Eddie Hearn will no doubt appeal and ask for a rematch. He is correct in doing this as his fighter put up the fight of his life; Paul Smith deserved better.

Mr Abraham is a proud champion and let’s be clear here, he didn’t score the fight but should fight Smith again. The 51 media scores attached to this article show that 58 per cent had Arthur Abraham winning. I honestly do not think many people have a problem with the result – it’s the wideness of the final scores. Out of the 51 scores below the average media score was 115-114 Abraham. That’s 51 people scoring a fight from mostly the UK and America, this shows there is no bias when the vast majority had the home fighter winning. Even Smith’s head trainer Joe Gallagher had the fight a draw.

The WBO must consider striking off Mr Laguna from their approved championship official list. That score is just wrong. Personally I am surprised with Mr Enyedi’s score as in the past his scores have been very good. An investigation into the scores is what is being asked here. Let’s hope that happens along with a rematch for Paul Smith. Those scores inflicted boxing with another black eye – we don’t need it as casual fans think boxing is corrupt. What are the new fans to think after seeing THAT in Germany last night?

As usual my full scorecard is below along with the media scores and what percentage of media scored for each fighter.