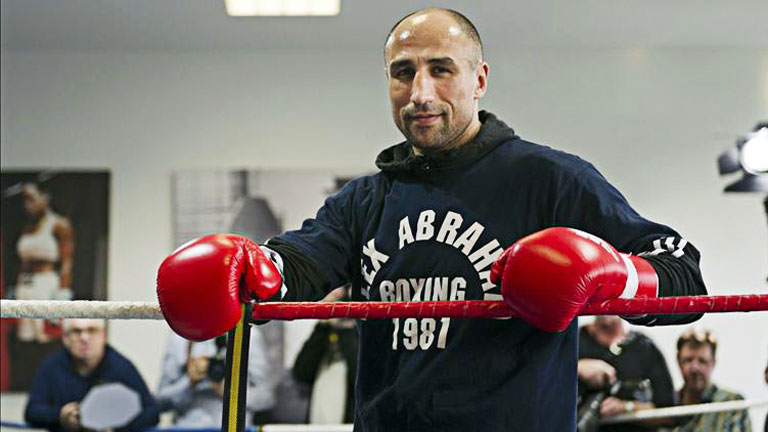 WBO super-middleweight champion, Arthur Abraham, 44-4 (29), will make the sixth defence his title against unbeaten mandatory challenger Gilberto Ramirez, 33-0 (24) at the MGM Grand in Las Vegas, as the co-feature to the April 9 Timothy Bradley vs. Manny Pacquiao world welterweight title clash.

A purse bid to secure promotional rights to the fight was last Wednesday won by Abraham’s promoters, Team Sauerland, although after post-bid discussions with Top Rank, who promote Ramirez as well as the main event protagonists, a mutually beneficial agreement was reached that will see “King Arthur” travel from his adopted German homeland to the United States. It will be his fourth time fighting in the country, though his first appearance in Las Vegas.

“I love boxing in Germany, but when the offer came to box in Las Vegas on the biggest stage on the planet, it was something we could not turn down,” Abraham, 35, said. “It is every fighter’s dream to see their name up in bright lights on Las Vegas Strip, and on April 9 this dream will come true. There is no chance that I will leave my belt there. I will train harder than ever to deliver the best performance of my career.”

Ramirez, 24, has long been trumpeted by promoter, Bob Arum, as a future divisional star. The red-hot Mexican southpaw will enjoy a considerable size and reach advantage over his veteran German opponent, and last saw action in November ’15, when he unanimously outpointed Gevorg Khatchikian over 10 rounds. Seeking to become the first Mexican to lift a super-middleweight world title, ‘Zurdo’ is more than confident of achieving that aim on fight night.

“I am very proud to represent my country Mexico and make history on April 9 when I beat Arthur Abraham for the WBO world title and become the first Mexican fighter to claim the title at 168 pounds,” he said.