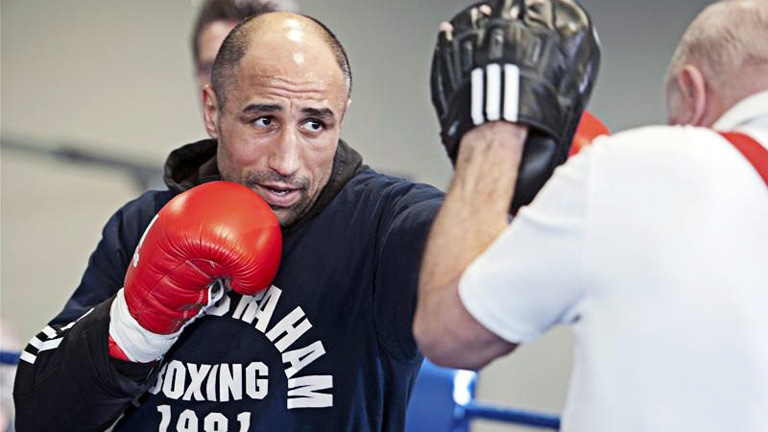 The WBO king does not yet have an opponent confirmed

WBO world super-middleweight champion will make a voluntary defence of his title on November 21 at the TUI Arena in Hannover, Germany against an as-yet unnamed opponent.

The 35-year-old last fought in July when he stopped long term rival Robert Stieglitz in six rounds, in what was their fourth fight against each other.

“After beating Stieglitz for the third time, I felt like I’d been liberated,’’ he said.

“I’ve always had confidence in my punching power. My opponents should beware, and the fans should rejoice as there are plenty more knockout victories to come!’’

The Brit is currently ranked 15th by the WBO, while unbeaten Mexican Gilberto Ramirez is their number one challenger, though the 24-year-old is slated to fight in Las Vegas on November 20 for a fringe WBA title.

Bernard Hopkins also maintains he can secure a fight with Abraham.

“Many people have tried to write him off over the years, but he has consistently delivered, proving himself to be one of the top elite-level fighters in the world.

“The knockout against Stieglitz showed he has not lost any of his power, and fans can look forward to seeing the ‘Abrahammer’ again on November 21.’’