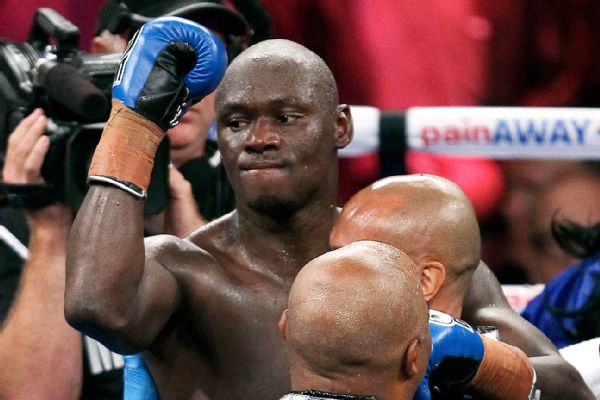 IF Antonio Tarver is the saviour of the heavyweight division the future is bleak.

The 46-year-old emerged from an insipid heavyweight encounter with Johnathon Banks with his arms raised in victory, but Wladimir Klitschko can rest easy.

The first six rounds were horrendous. Tarver pawed cautiously, while Banks offered virtually nothing. Banks has only dabbled with fighting since taking over the duties of his mentor, Emanuel Steward, as Klitschko’s trainer. The lack of commitment showed.

In between rounds Banks’ coach, Sugar Hill, implored him to up his output but it was Tarver that eventually instilled some urgency. He opened the seventh round with a series of left hands before dropping his rival with an overhand right.

Banks regained his footing in time, but the fight was a lost cause. The referee stepped in at 2-25 of the round with the 32-year-old under fire on the ropes.

Tarver last fought in November 2013, beating Mike Sheppard to end a spell out of the ring induced by testing positive for PEDs.

“I want to fight again in the first quarter of 2015,” said the former light-heavyweight champion. “I want to fight David Haye. Absolute, 100 per cent, because that sets up the Wladimir Klitschko fight if I beat Haye.”

Elsewhere on the disappointing ESPN card in Temecula, California, Austin Trout forced Luis Grajeda to retire on his stool after seven rounds.