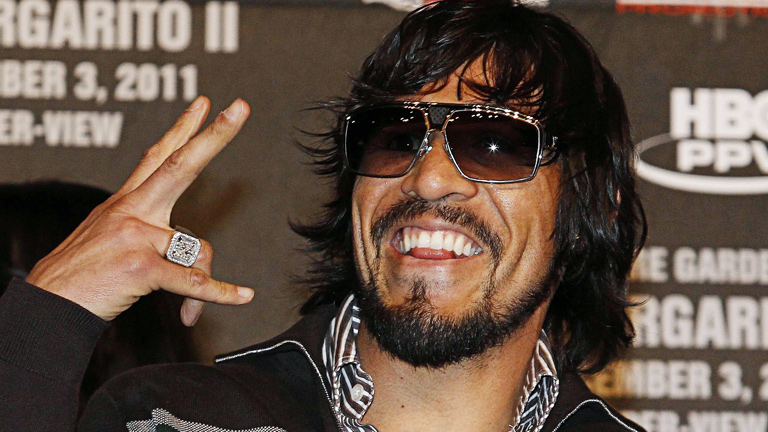 MEXICAN bad boy Antonio Margarito will return to the ring in his native Mexico on March 5th. The 37-year-old former WBO, IBF and WBA welterweight ruler will face Jorge Paez Junior in Mexico City in a scheduled ten-rounder that will be fought at 154-pounds (light-middleweight).

Margarito, a hero to millions before the the infamous hand-wraps scandal that surrounded his losing fight with Sugar Shane Mosley in January of 2009, has not boxed since being badly beaten by former victim (and possible “loaded wraps” victim) Miguel Cotto in a December 2011 rematch. In that fight, Margarito suffered a badly damaged right eye, later requiring retinal surgery. It looked as though Margarito’s tarnished career was over, yet back in June of last year, around the time he first started talking about fighting again, Margarito said his eye was “100-percent healed.”

Now, with a record of 38-8 (27) and over four years of inactivity under his belt, it remains to be seen what Margarito has left. Does the Mexican warrior need money, or is his return motivated by a desire to once again rule the world? Phase-one of the comeback may go okay, as Paez Junior, 39-7-2(23) has lost two of his last three outings (albeit against unbeaten fighters) and he has never beaten a fighter the quality of Margarito – at least the quality of the prime Margarito.

But fellow Mexican Paez, at age 28, is a fair bit younger than Margarito and he has been stopped just twice. With his inevitable ring-rust, Margarito might well have a fight on his hands in March. Just who the fans will cheer for in the March 5th fight will prove very interesting.