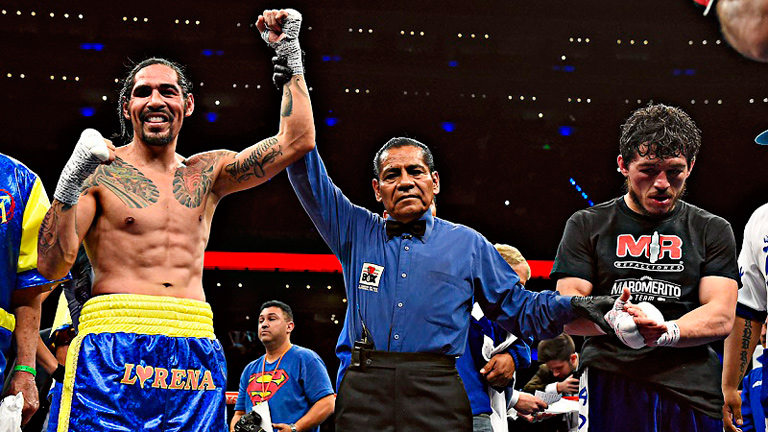 FORMER pound-for-pound king Roy Jones Jnr and the villanious Antonio Margarito both notched decision wins at the weekend to continue careers that should have ended years ago.

In a packed-out Baja California Center in Playas de Rosarito, Mexico, on Saturday (August 13) Margarito – now 38 – earned two scores of 97-92 while one judge gave Ramon Alvarez a score of 95-94.

Despite a slow start, Margarito grew in confidence as the fight progressed and wore Alvarez – older brother of Canelo Alvarez – down as the rounds ticked by.

A short left hook floored Alvarez in the eighth, though the knockdown prompted Ramon to up the ante during the final six minutes and push Margarito hard.

Antonio retired in 2011 after Manny Pacquiao fractured the orbital bone below his left eye and detached the retina of his right one and Miguel Cotto subsequently worsened the injuries.

Both eyes looked in dire condition during this surprisingly entertaining scrap, which Margarito hopes will bring him closer to the bigger names at super-welterweight – predominantly Canelo.

Meanwhile, over in his hometown of Pensacola, Florida, Jones won every stanza of his ludicrous 10-rounder against journeyman Rodney Moore.

After tearing his right bicep in the fifth, Jones fought the second half of the fight with one hand – more than enough to beat the plump Moore, who posed almost no threat all night.

Given the injury, Jones, 47, may now be forced to call time on his illustrious career which, sadly, has gone on way too long. This was his second fight, and win, since Enzo Maccarinelli knocked him out cold last December.