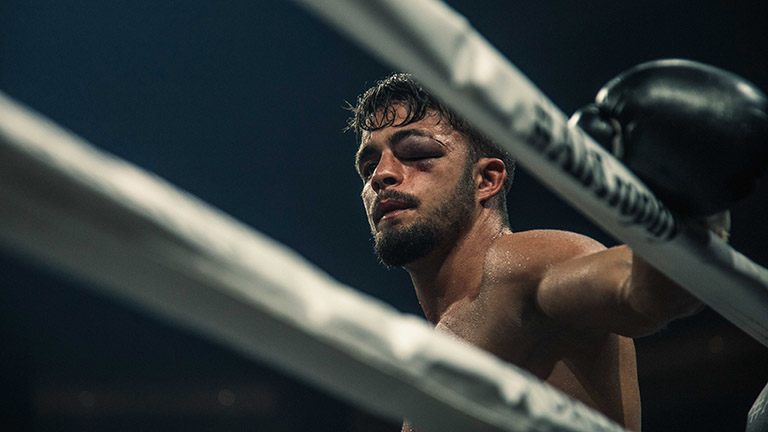 Since his gory eye injury in a losing IBF title fight with Ivan Baranchyk, Swedish super-lightweight Anthony Yigit has been rebuilding. He fights Siar Ozgul on Friday at London's York Hall

How have you been rebuilding and recovering since the Ivan Baranchyk fight?

Well, that’s exactly what I’ve been doing – rebuilding. Because obviously in that fight you get, I wouldn’t say exposed but when you fight top class fighters, they utilise some of your weaknesses. And when you watch back that fight, you see those weaknesses yourself and you know, you find ways to work on them. And that’s what I’ve been doing. For the past year I’ve been working on developing whatever it is I feel I’m lacking a bit, you know, in terms of both strength but also speed footwork and also moving, and I think I’ve done that quite all right. Hopefully now on Friday [June 28], I will be able to showcase it.

What kind of weaknesses did he uncover?

Our plan was to tire him out and from there take over. But the problem that I had was in the beginning, the game plan was for me to move around, box him, but he was swinging quite wildly, and I didn’t want to get hit by those swings. Because even though they hit my guard, they hurt quite a bit. So I felt I felt it more secure to go in-fighting with him, because then he wouldn’t be able to swing as much and he wasn’t as good in the in-fighting. You know, he likes to go forward. He likes to punch but as soon as you come in close to him, he can’t really box there. That’s the way I felt. And so I felt more secure in there. And I also thought that I will break him down and as the rounds go, I will take over. And we felt like that’s where I was getting. The problem was that I was taking too much punishment in the beginning. So my eye got swollen up.

Maybe that game plan would have worked if I didn’t take as much punishment. So we are trying to take less punishment and deal more pain.

Did you notice he was more powerful than people you’ve fought before?

You know, as soon as he connected, I felt like these are really hurting, like these are hurting bombs, because the way he was punching like, it felt like someone’s hitting you with a cannonball. While I’ve fought other strong fighters before but their punches are more like spears, like penetrating. So it’s two different kinds of pain.

His was more like cannonballs. They’re easy to dodge, as long as I saw them coming they didn’t hurt as much.

Did you realise how bad the injury was?

No actually, because if you watch the fight, I’m actually telling the doctor that I can go on and I can keep fighting because I just thought it was a normal swelling. But it looked really bad. And my coach actually said stop complaining because it looks bad. So when I went down to the locker room, that’s when I saw it. And I was like, oh, okay, so maybe it was for the best.

Why did you take this fight (against Siar Ozgul on Friday, June 28, at York Hall in Bethnal Green)?

First of all, I always had a dream of fighting London. All my mates have fought in London.

He’s also Turkish just like [me]. And I thought that was quite interesting. Because as far as I know two Turkish professional fighters have never fought each other ever. So it’s a little bit of making history in that sense. I like to have fights that are in some way intriguing or interesting. And I think this is one of them, at least for the Turkish fan base and I think his fan base but also my fan base back in Turkey. Turkey is gonna be showing this fight.

Yeah, it’s an interesting fight. And that’s why I want to take it.

This is no pushover you and that’s what I want. I want a great fight.

Do you hope to build towards a fight with Josh Taylor (the new IBF champion)?

Definitely. He’s now fighting [Regis] Prograis for almost all the titles, and I’m aiming for the title. So definitely.

How do you see Josh Taylor versus Prograis (in the World Boxing Super Series final) going?

I think Taylor will win that one and, to be honest, I think quite comfortably. I haven’t watched too much of Prograis but I just don’t see what everyone else is talking about in him. He’s a great fighter but there’s nothing extraordinary about him and I just think Josh Taylor’s got that you know. So I think I think actually, his [Taylor’s] toughest fight could have been against Baranchyk. And I actually thought that if he was going to lose, it would be against Baranchyk but [Taylor] even put him to the floor and that’s just showing you. I think Taylor hasn’t gotten the exposure outside of the UK as much as Prograis. That’s why everyone’s hyping up Prograis so much but I think Taylor will shock the US.

You fought Taylor in the amateurs?

He came up to me afterwards said it was a great fight. And I felt the same so we know each other from them. And when I moved back to London, he needed help for sparring because he was fighting a southpaw so I sparred him then as well. And really that’s when I felt that he really developed… Especially in terms of strength, he’s much stronger now. I am impressed. But with all this being said, I still think that I have a chance of beating all these guys. I still believe I can be a world champion. So, if anything, I think that just shows who’s the best one right now. So if I can beat him, then then it means I’m the best.

Everyone can beat anyone. That’s that’s the way I feel right now.