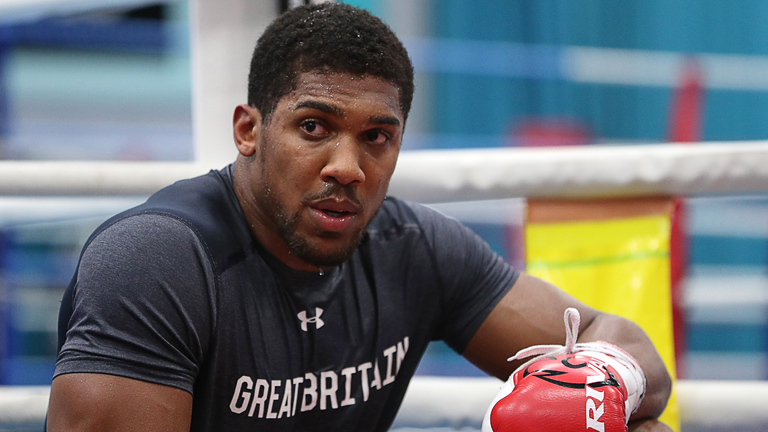 ANTHONY JOSHUA will face a southpaw for the first time in his professional career when he challenges Charles Martin for the IBF heavyweight world title at the O2 on April 9.

Observers of Joshua’s track record won’t be overly concerned. He boxed southpaws as an amateur, notably Roberto Cammarelle twice, latterly in the final of the Olympic Games. Auspiciously Joshua also handled Chinese southpaw Zhang Zhilei, an Olympic silver medallist, with aplomb in the quarter-final at London 2012.

At the official announcement of the world title fight, Eddie Hearn, the promoter of the event, assured the media that they would be investing in Joshua’s training camp and bringing in southpaw sparring partners.

“He’s had some great southpaw sparring. He looks really good. They fancy it so much Martin’s lot. They think they can’t lose the fight,” the promoter continued.

Hearn gave an insight into how Joshua’s been training. “Fantastic. I saw him spar 12 rounds on Friday. I don’t think it’s going to be a tactics fight. I think he’s going to go in and try and stop him early. That’s what he does,” he said. “He’s not going to feel him out. You don’t want to let Martin get in his rhythm as a southpaw, grow in confidence. You just want to take him out of his comfort zone. You do that early. So I think that’s what Joshua’s trying to do. I think he’ll try to knock him out inside three rounds.”