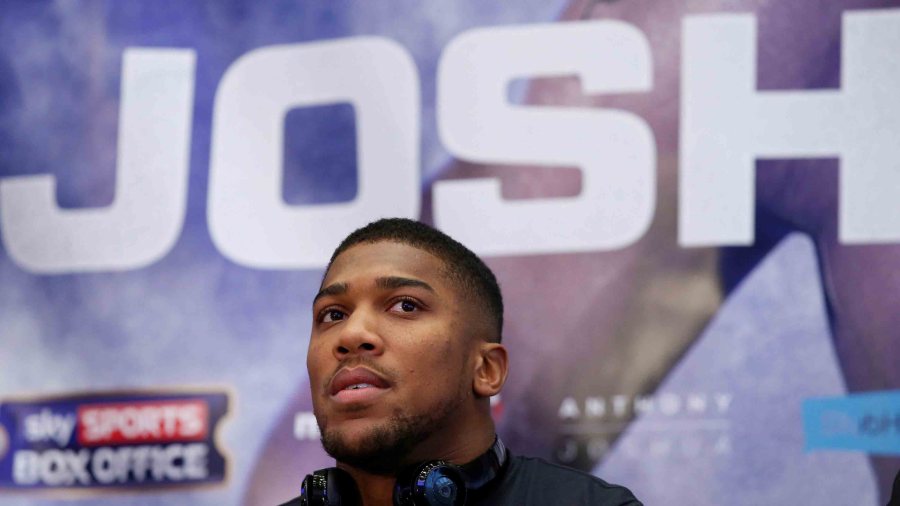 'They always say know thyself and I’m definitely in tune with who I am and what I’m trying to achieve in this short life,' muses Anthony Joshua

AT Tuesday’s press conference at Madison Square Garden, Anthony Joshua, the IBF heavyweight champion, had to endure a barrage of praise from his next opponent, former champion Wladimir Klitschko. Presumably more used to the personal insults thrown at him by rivals like Kevin Johnson and Dillian Whyte, now Klitschko was effusive in his praise of Joshua.

But everything implied Joshua was a junior partner in this relationship. Klitschko pointed out that he was fighting at Madison Square Garden, when Anthony was 10 years old, he complimented Joshua’s Olympic gold medal winning triumph (the implication perhaps being that this was something Klitschko had won a long time before), how impressed Wladimir was when they trained together (presumably a reminder that Joshua had been just a sparring partner).

Joshua did not take the praise to heart. He shrugged it off. “This now is all about the mind games,” he said. “But as we know I’m a man who likes to perform. The obsession has always been there for me and far beyond boxing. Because it starts with self. Boxing is a representation of who I am but when you look beyond that, a man who is disciplined, determined and obsessed with life in general and becoming a better person will always reflect in what he represents. So that’s where my obsession lies. It’s within myself. It is that journey, that young lion, that’s ambitious and wants to take on the world. Anyone that’s coming up, I’ll always look at the person and say I’ve got a lot of time and respect for that person because they can create their own destiny.

“What’s got me here, that’s being true to myself. But love me or hate me I think it’s always important to be true to yourself.”

Joshua is promising to take his efforts to a new level. “The elbow grease that I used in 2016 won’t get me through 2017. The same training methods that I used in 2016 only led me to defeat the opponents that I took on in 2016. This is a new year for me. That obsession is still burning and I don’t think it will stop,” he said. “Who I am is an ambitious person… They always say know thyself and I’m definitely in tune with who I am and what I’m trying to achieve in this short life I have and that will reflect out in boxing. 2017 shall be the new and improved me.

“What I’ve learned through fighting, sparring and as a person, I throw all these different things into the mix and it should prepare me for all these things when I step in the ring. Fighting isn’t just about one on one in the ring, there’s mind games, there’s the crowd you’ve got to deal with. Things that go on in your personal life away from training, so I’ve learned how to deal with these things and manage these things and I should be in a really good place.”