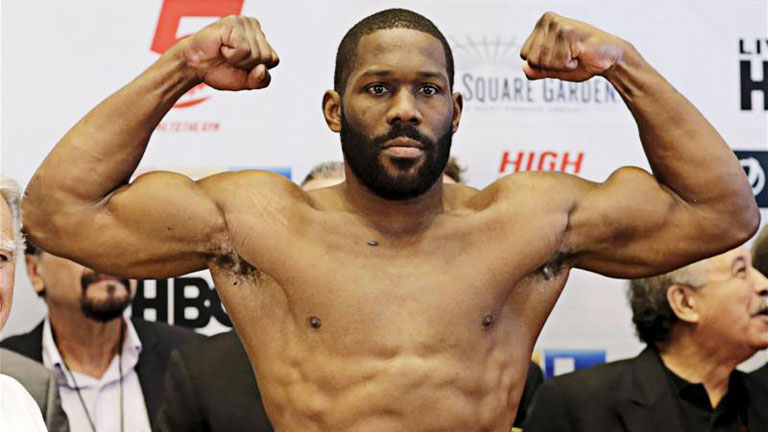 Gary Shaw, promoter of Bryant Jennings, reveals to Danny Flexen that he is in talks with Eddie Hearn over Anthony Joshua, but the money must be right

WHILE it appears increasingly likely that Anthony Joshua will meet Dereck Chisora on April 9 in London for the vacant European heavyweight championship, Gary Shaw, the promoter of respected Philadelphian contender and former world title challenger, Bryant Jennings, has confirmed he is also in talks with his counterpart on Joshua’s side, Eddie Hearn, to come to the UK and take on “AJ”. Money appears to be the key bone of contention at this stage.

“I’m speaking to Eddie Hearn about Joshua but it’s only talk,” Shaw told Boxing News. “It’s money… no one is going to get Bryant Jennings on the cheap. Jennings is at a turning point in his career where another loss could be devastating so if he’s going to take real tough fights he’s got to be paid. He is a personable guy, it’d be the US versus Europe and Joshua is a very good fighter; he has the skills. That fight would do well.”

Jennings has lost his last two fights, albeit at an impressive level. He put up a spirited effort last April when falling on points to then-unified king Wladimir Klitschko, before WBA Interim boss Luis Ortiz stopped him in December. Shaw still very much believes in his charge however.

“Bryant made a couple of bad mistakes that created the opportunity for Ortiz to throw a big uppercut,” Shaw reflected. “But he’s a great athlete and a good fighter. He had a limited amateur background but there’s nothing we can do about that now. He’s on the fast track now, he learns more with every fight and he’s a tough kid, a good kid. We’d love to fight [WBC ruler] Deontay Wilder.”