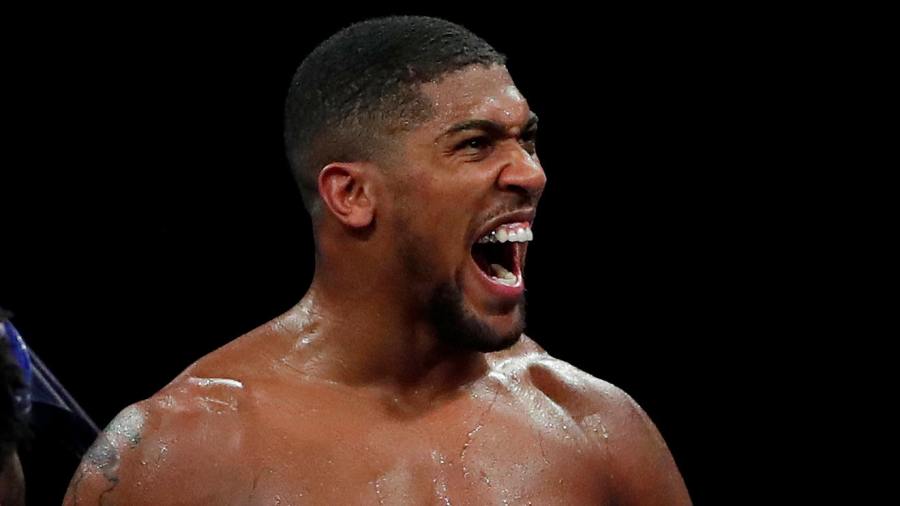 The dream of Anthony Joshua and Tyson Fury fighting for the undisputed heavyweight title has, at least in the near term, crumbled. Matt Christie reports

ANY hope of Anthony Joshua and Tyson Fury fighting in a boxing ring this summer, as opposed to just squabbling on social media, has dramatically faded this week. Following Monday’s by now infamous arbitration case that ruled Deontay Wilder is legally entitled to a third fight with Fury – agreed before the Englishman thrashed Wilder in seven rounds in their rematch last February – the excitement surrounding the undisputed heavyweight title fight already feels like a distant memory.

Since news of that court ruling broke on Monday night, Joshua and Fury engaged in some back and forth on Twitter, with the former effectively telling the latter to get his house in order (‘Bring me any championship fighter who can handle their business correctly,’ Joshua tweeted) before Tyson challenged ‘AJ’ to a winner-takes-all fist fight. Entertaining to some but to those of us truly invested in the long overdue crowning of a bona fide world heavyweight champion it was scant consolation. Boxing News can now state that Joshua, who owns the WBA, IBF and WBO titles, will not fight Fury, the WBC belt-holder, at this juncture.

Boxing News understands, despite Joshua’s uncharacteristic outburst, that all parties were aware the fight could essentially fall apart if the Wilder case ruled in favour of the former WBC champion. Though financial terms had been agreed for Joshua-Fury, nothing had officially been signed and the arbitration case was named as a clause in the contract. It remains unthinkable that such an obstacle was essentially brushed under the carpet but BN has been told that Fury’s US promoter Bob Arum had been assured by his lawyer that winning the case was a formality. Problem is, the opposing lawyer was just as confident: The worldwide pandemic meant that the original dates to stage Fury-Wilder III were simply unworkable and therefore not legally binding in this instance.

“Tyson Fury’s third fight with Deontay Wilder is binding and even Fury’s own team seems to accept this,” said Joel Leigh, partner at law firm Howard Kennedy. “We know that technically, under terms of contract, Fury vs Wilder III needed to be activated within a specific time period, and it wasn’t because of Covid. The judge however has essentially concluded that the effect of all of this had been to extend the period within which the right to that fight could be activated.”

The above statement is in line with what BN has been told by those directly involved in the case. It remains a mystery why, just one day before the case, Fury was encouraged to go on social media and announce the Joshua fight was set for Saudi Arabia on August 14. That would surely have done his chances of winning a legal battle no good at all.

Despite what some reports have alluded to, Wilder never had any intention of stepping aside if the case ruled in his favour. He is eager to get his revenge over Fury and is not willing to wait, regardless of what he could be paid to do so. More pertinently, Arum has no desire to negotiate a step-aside fee.

BN believes Fury-Wilder III will be finalised today (May 21) with a date set for July 24 – though August 14 is also being considered – at a site to be decided in Las Vegas. That may seem an exceptionally quick turnaround given how long it has taken to get to this point but the finer details were agreed when the rematch clause was written into the contract ahead of Fury-Wilder II. Those same terms remain.

So what next for Joshua? The WBO were quick to publish an open letter to Joshua’s promoter, Eddie Hearn, on Wednesday this week (May 19) that stated plans to stage a fight between their top two contenders Oleksandr Usyk and Joe Joyce for the Interim title will cease. Instead, Hearn and Joshua had 48 hours to agree terms with Usyk otherwise he would be stripped of the title. Joyce, meanwhile, will take his position as the WBO mandatory after Joshua-Usyk occurs. That bout is now being negotiated for this summer with dates of August 21 and August 28 reported to be in play.

Now, the good news: All parties are in agreement that Joshua-Fury will take place in December. Saudi Arabia are still keen to host. By then one hopes the pandemic is under control and the searing temperatures in the Middle East will be far more suited to staging a heavyweight boxing match outdoors than they would have been in the summer.

Usyk may not be the opponent the world wanted for Joshua but, in truth, the Ukrainian would likely have been everyone’s second choice. The crushing disappointment of the Fury superfight not taking place aside, it is an exceptionally good matchup. Similarly, Fury-Wilder III is a solid stopgap before we get the contest we all want.

Of course, this is heavyweight boxing. Anything can happen. Upsets and new titlists may emerge. For now all we can do is wait. We’ve got used to it – it has been 18 years since Lennox Lewis last fought and no heavyweight since has been able to say without argument they stand tall as the best in the world. One hopes someone will at last be able to make that claim by the end of the year.