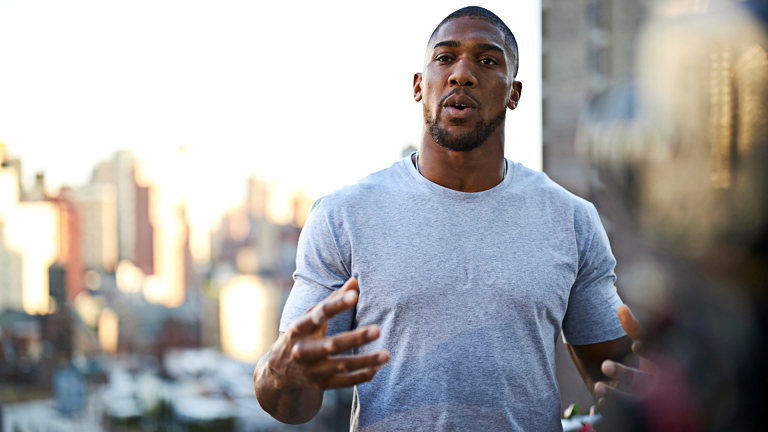 Against Andy Ruiz, Anthony Joshua aims to stamp his mark on a prestigious venue

OVER the years, Madison Square Garden in New York has played host to some of the biggest and most memorable events in the sport of boxing. The Fight of the Century between Joe Frazier and Muhammad Ali. The beginning of the Sugar Ray Robinson-Jake LaMotta rivalry. The infamous draw between Evander Holyfield and Lennox Lewis. Bernard Hopkins’ upset of Felix Trinidad.

This Saturday (June 1), Anthony Joshua will stitch his name into the rich tapestry of the famous arena when he defends his WBA, IBF and WBO heavyweight titles against Andy Ruiz Jnr.

Instead of being overawed by headlining at MSG on his American debut, Joshua is planning to embrace the venue’s great history.

“When I went to watch the Canelo [Alvarez] fight [against Rocky Fielding] at Madison Square Garden, it was loud in there,” the unbeaten Brit recalled. “There’s not a bad seat in the house and it’s posting my name through the letter box there alongside all those great singers, entertainers and fighters who have performed there. I’ll use that energy.

Joshua last fought outside of the UK back in February 2012 – eight months before his first professional appearance – when he forced Sardor Abdullaev to retire after two rounds in the final of the Bocskai Memorial Tournament in Hungary. As much as he is looking forward to his US outing, he is aware that boxing on foreign soil creates more obstacles than competing in Britain.

“I remember I boxed [Sergey] Kuzmin [in the Bocskai semi-finals, winning 9-7 on points],” Joshua recollected. “It was freezing. It was snowing! Wow, it’s been a while [since the last contest abroad]. Hopefully we’ll get it right [for the Ruiz bout]. That’s why we left early [for America], as I wanted to really settle in and I didn’t want to worry about my sleeping routine.

“I’d have much preferred to have fought in the UK [Joshua was originally scheduled to fight at Wembley Stadium in April]. I was in a good routine training up in Sheffield. It’s not like Groundhog Day. It’s learning all the time. I would’ve really looked forward to displaying my skills at Wembley. It’s like my second home.”

In the UK, Joshua is a bona fide superstar and national icon who sells out vast stadiums. In order to earn acclaim from the US public, he realises that he will have to prove himself all over again, starting with a dominant and entertaining performance against Ruiz this weekend.

“I’ve got to prove myself in America because I don’t think they’ll come out and accept you easily,” the 29-year-old said. “If I wanted to be a TV star, it’d be easier because we’ve done some PR stuff. When it comes to boxing, if you want to be respected out there then you’ve got to be the real deal. They’ve had the best champions flying their flag, so I’ve got to stamp my name in the American books.

“I do like it there. It’s a big place. We’ve been to so many different places so far – Portland, Seattle, LA, San Francisco, Arizona, Baltimore. We’d been doing the rounds before this fight was even announced.

“It’s so different. It’s going to be hard to make your mark there. But at the basketball games I’ve been to out there, I’ve got a really good reception. They embrace the English, that’s for sure. I don’t think we go out there and change who we are. I don’t change myself.”