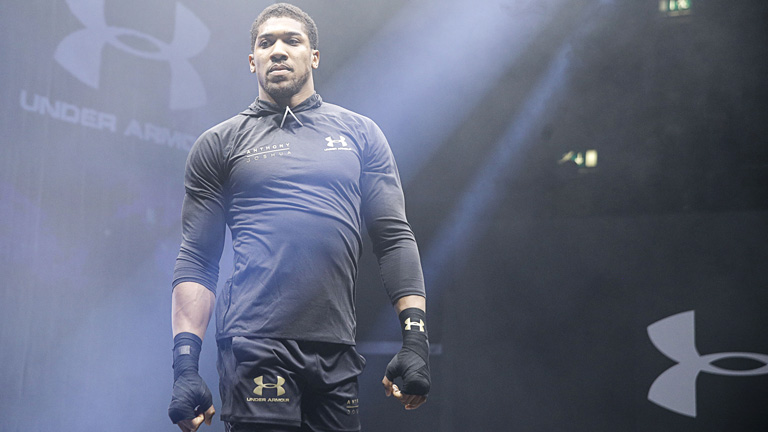 ANTHONY JOSHUA believes defeat for Wladimir Klitschko in their colossal heavyweight unification fight at Wembley Stadium this Saturday could bring an end to the Ukrainian’s Hall of Fame career.

Having lost his heavyweight throne to Tyson Fury in 2015, Klitschko – at age 41 – is looking to join exalted company and become a three-time world heavyweight champion when he fights Joshua for the IBF and WBA titles.

Though he understands the magnitude of the event, which will see 90,000 pack out the national stadium, Joshua does not see the fight as be-all and end-all for his own career.

“Is it a defining fight for myself? I wouldn’t say so because it’s not the end of my career,” he said.

“With what Klitschko’s done, it’s a very defining fight for him. When he gets beat, that could be the end of him, that’s why it’s so defining. What represents him doesn’t represent me, this is just part of my journey.

“I’m very comfortable with it. It’s the first time one of my opponents has brought their fans with them, where a lot of people know who he is, what he’s achieved.”

The pair met at the final press conference earlier today, exchanging pleasantries and fist-bumps before they duke it out on a show that will be broadcast in over 150 countries worldwide.

Klitschko, filling the role of challenger (and underdog) for the first time in over a decade, insisted he is the better technician of the two, though paid respect to Joshua’s concussive power.

The unbeaten Londoner – like Klitschko, an Olympic champion – refuted his adversary’s claim and sent out a warning.

“If I couldn’t box, I wouldn’t be here. I may not be the best but what I do good, I do brilliant,” he said.

“That’s got me here. The little things I do got me here and if he claims to be the better boxer then so be it, so when I start punching you in your jaw, you better stand up to the power.

“I think he’ll start fast because he won’t be able to keep up the pace. Father time is a genetics thing, it’s something no one can deny, it’s a part of life. I don’t think he’d be able to cope in my training camp, the amount of work we put in.

“Hard work has to become smart work as you get older and I think he’s at that stage where he has to work smart. I more hard work than smart work and that’s why I don’t mind going in to fight Wladimir because I know that if it gets tough, I will slug it out.”