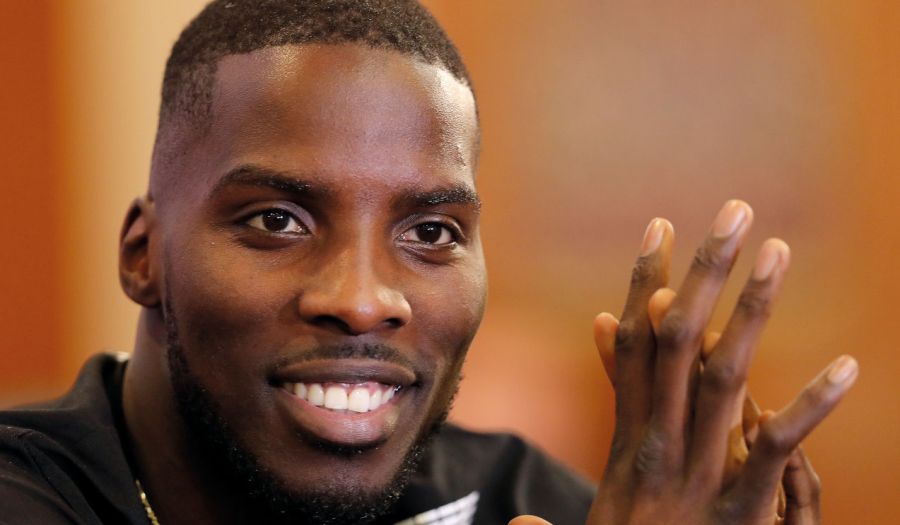 HACKNEY cruiserweight Lawrence Okolie was meant to be fighting for a world title on Saturday’s bill at Wembley Arena. He had essentially spent the whole of 2020 working towards his WBO title fight with Krzysztof Glowacki, an intense training camp with a host of sparring partners flown in, all focused on the Polish southpaw. But Glowacki failed a coronavirus test on December 3, kicking off a last minute search for a replacement opponent. A shame for Okolie, who was looking for a high level world title fight and a strong performance to take his pro career to a new level.

A last minute replacement opponent however has been found. Nikodem Jezewski was brought in on Monday to give Okolie a fight. Another Pole, Jezewski is an orthodox boxer so all Okolie’s preparations for southpaw opposition will not help him in this contest. But while Jezewski is an unbeaten 19-0-1 with one no contest, he could be overwhelmed by Okolie. He has not fought outside of Poland before and though he has nine stoppages on his ledger, he is not a powerful puncher. In 2019 Tamas Lodi took him the eight-round distance. Lodi is a man Lawrence has stopped, as have Yves Ngabu and Andrew Tabiti. Okolie will be looking for an explosive finish and is likely to get it.

“The problem in my fights is that my damaging shots come at long range and boxers aren’t stupid so they know ‘wow, this is hurting, I’m going to do whatever it takes to close the range down.’ Really it’s up to me, we’ve been working on it tirelessly in this camp especially,” Okolie said. “It’s up to me, when they get in close, to force myself away.”

Next year he will be looking to continue his rapid progression. “For years I’ve been in and out of the gyms with the top fighters,” he said. “I’ve been in there [sparring] with all of the top heavyweights in the world right now, AJ, Tyson Fury, Joe Joyce, Daniel Dubois, Dillian Whyte etc. This is over years. I’ve always had the physical attributes to be competitive in there for sparring anyway.

“There’s exciting fights to be had.”

An intriguing fight in Kieron Conway versus Souleymane Cissokho has fallen through, hurting the undercard. Conway will still box against Macaulay McGowan, who suffered a hard loss to Tursynbay Kulakhmet last month.

At heavyweight Hughie Fury meets Mariusz Wach in a 10-rounder. Both have mixed in good company. Fury has challenged for a world title and lost to Kubrat Pulev for the European belt. Wach, all the way back in 2012, was going 12 rounds with Wladimir Klitschko. He’s fought a roster of good heavyweights, including Alexander Povetkin and Dillian Whyte, but tends to lose to the sternest competition. Fury should be a level above and we expect him to soundly outbox Wach, though the big Pole doubtless will prove hard to shift. This could be a one-sided but somehow frustrating bout.

“It’s been a while and I’m ready to show what I’m all about. I’ve been in the gym working on a lot of different aspects of my game, perfecting what I needed to do,” Hughie said. “Mariusz Wach is a good fighter who’s been in with many top tier fighters including a world title challenge. He brings power and size, and you can’t switch off for a second. I want these kind of fights as these fights will help me achieve what I need. I’m expecting a tough fight.”

Martin Bakole and Sergey Kuzmin, both Michael Hunter victims, collide in a well matched heavyweight 10-rounder. Since his loss to Hunter in 2018 Bakole has embarked on a run of four stoppage victories that has seen him halt both Wach and the normally durable Kevin Johnson. But Kuzmin will be far a harder test for him. The Russian was a good international amateur before amassing his 15-1 (11) professional record. If he can withstand Bakole’s power punching, he can cause an upset. “This fight with Bakole is very important for me, I need to bounce back from my defeat to Michael Hunter last time and get back on track towards a world title,” Kuzmin said. “Martin is big, tall and comes forward, we know his strengths. I come only to win on December 12.”

Qais Ashfaq simply must be victorious when he fights Ashley Lane. Last time out in October Ashfaq took the first loss of his professional career, going down in a unanimous points decision to an impressive Marc Leach. Leach dropped Ashfaq twice in the course of their 10 rounds and now Qais returns quickly to action. Consecutive losses for an Olympian in the prospect stage of their career would be unthinkable.

Lane has a career spotted with losses and draws but he is a former Commonwealth champion. Typically he boxes on the small hall circuit. Work there has completely dried up in the current pandemic. Simply getting this opportunity is vital to him. Ashfaq is favoured to win on points, but expect some nervy moments along the way.

Ramla Ali, Somalia’s first professional boxer, would have been having her second professional contest on the show but catching coronavirus has forced her off the bill.

Florian Marku comes in at short notice to box Jamie Stewart at even shorter notice.