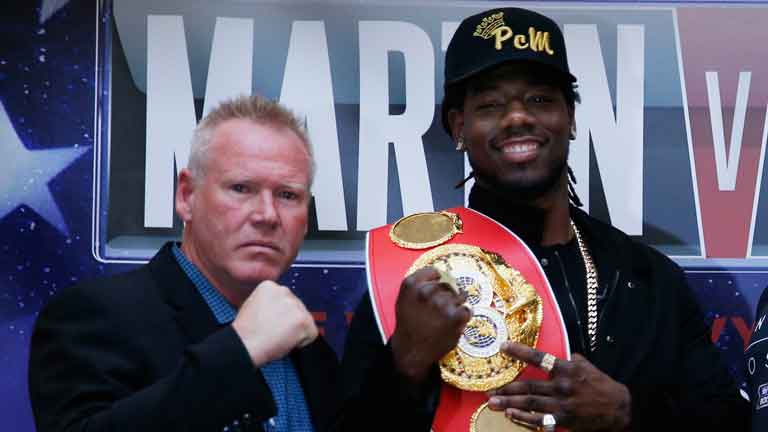 From Matt Christie's in-depth breakdown of Anthony Joshua vs Charles Martin, we look at the British man in Martin's camp and AJ's sparring partners

MATT CHRISTIE breaks down every aspect of Anthony Joshua vs Charles Martin in this week’s issue of Boxing News magazine. This is out now on our app and the print version is in stores on Thursday (April 7). Here is an excerpt from the ‘Did you know?’ category.

MARTIN’S training camp manager, Paul Cain, is a Scouser who has been living in America for 32 years after getting a job as Sylvester Stallone’s chef. The man from Walton found himself on an incredible journey as he worked with the Hollywood A-lister, even appearing in Rocky V as a reporter. He later met Michael King, whose TV Company produced Wheel of Fortune and later, boxing show All-American Heavyweights. Cain was heavily involved, and it’s there he would meet Martin and his co-trainers, Henry Tillman and Jamal Abdullah.
According to Joshua’s promoter Eddie Hearn, the heavyweight has been sparring “four or five” southpaws in preparation for Martin. Among them were Sweden’s unbeaten Otto Wallin, 14-0 (10), who measures 6ft 5 1/2ins and is promoted by the Sauerlands, and Jamaican Lenroy Thomas. The Dan Birmingham-trained Thomas – who holds a win over the useful Jason Estrada – has been out of the ring since April last year since being knocked out in three rounds by Russian Andrey Fedosov.